TYRESE: ’77 DAYS WITHOUT MY BABY IS STARTING TO F*CK WITH ME IN A REAL WAY’ 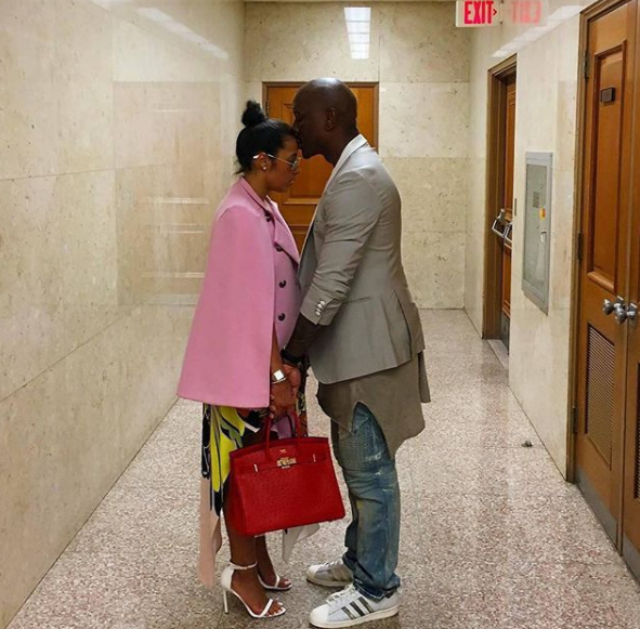 It seems that with every victory comes another hurdle with Tyrese and the fight for his daughter, Shayla Gibson. The celebrity father gave his Instagram fans an update on his legal battles on Wednesday.

“Everything will be #1 today,” he exclaimed. “The allegations being dropped was revealed to me 3 weeks ago,” Tyrese revealed. “Just got a new court order TODAY that says I can’t post about my #daughter anymore, so this is NOT about my daughter this is about what God blessed me and my family with.” Tyrese tried to remain positive in his update but admitted that “77 days without my baby is starting to f*ck with me in a real way.”

When your 1st charge get dropped your wife’s mind will finally REST!!!!! #ShaylaRocks thank you Jesus for sending me a fierce and strong wife who is educated and resilient that was able to stand with me so far though this unexpected storm….. We stress so that our wives and kids can rest – when you wake up I’m sorry Baby I’m so sorry for posting this…….. #QueenGibsonRestQueenRest the real #VoltronChairmanakaChairWOMEN “Be still and know that ! am God” Psalms 46:10” –

Many fans got a small glimpse at how much Tyrese was affected by being separated from his daughter when the entertainer shared a very raw video clip online last week. The celebrity father shed tears over the notion of Shayla being forever taken away from him and told fans that his daughter was all that he had.

“Ask around,” Tyrese advised fans in his update on Wednesday. “I am in LOVE with the Lord JESUS CHRIST who sent me an angel named Samantha Lee Gibson who I’m MADLY in LOVE WITH,” he added.

Someone snapped this pic of us in prayer….. it’s amazing how powerful love is….. Agape love…… Kiss your queen on the forehead love….. Get to my Facebook right now @voltronchefforbes has been praying for Shayla and working non-stop and now his back is hurting so I️ gave him the week off after sending him to the chiropractor- God is the greatest and what HE has created let no man or women come in between – When we got married we had at least 30 pastors around us….. FaceBook.com/TYRESE go there now Shayla we love You and can’t wait for you to come home one day!

“I don’t drink, smoke or do drugs and other than our new child…. Shayla is and was my first and only pregnancy – 77 days no contact? ….. I Guess they didn’t know I had this level of a VOICE to protect myself…… God is the greatest he will always get ALL the credit for the mountains he has and has already moved.”