CHRISSY TEIGEN ON MORE KIDS: ‘I REALLY WANT TO JUST KNOCK ‘EM OUT’ 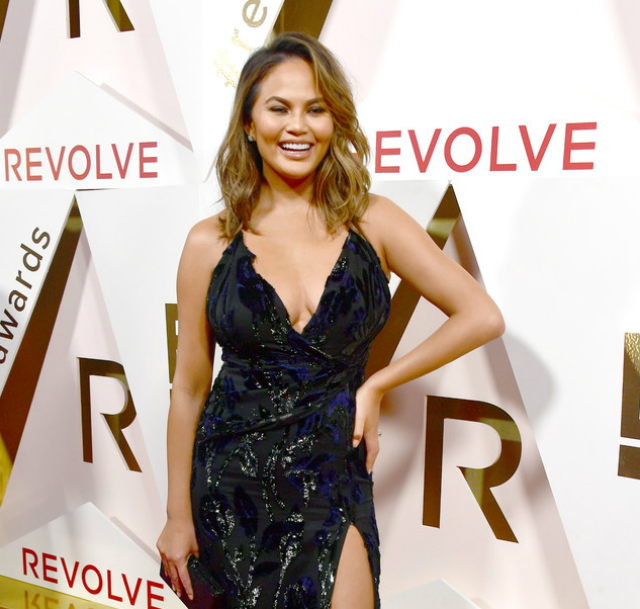 Chrissy Teigen and John Legend definitely have family expansion in their scope. The celebrity couple broached the subject of more kids during their red carpet appearance at the first ever Revolve Awards last week.

Chrissy was slated to receive the ceremony’s “Woman of the Year” Award and chose to be very open about the notion of giving Luna a little brother or sister. “We’re still trying,” Teigen told Zuri Hall of E! News. “I’m going for, I mean hopefully in the next few years because for me I really want to just knock ’em out.”

Teigen’s comments at last week’s awards ceremony are definitely in line with her husband’s wishes. John Legend told ET Online last December that he and Chrissy were hoping to add “a few more” kids to the family. “Three or four,” he said before telling media, “We’ll play it by ear, though.”

While the notion of three or four younger siblings for Luna is still in the air, it certainly seems definite that John Legend and Chrissy Teigen are preparing for baby number two to join the family sooner rather than later. Stay tuned for more Chrissy Teigen celebrity baby news!

MONICA BROWN AND DAUGHTER ARE A FASHIONABLE PAIR AT THE AUWE

MONICA BROWN AND DAUGHTER ARE A FASHIONABLE PAIR AT THE AUWE