Home » NEWS » CHRISETTE MICHELE TALKS MISCARRIAGE: ‘I’VE BEEN THROUGH A LOT IN THE PAST FEW MONTHS’

CHRISETTE MICHELE TALKS MISCARRIAGE: ‘I’VE BEEN THROUGH A LOT IN THE PAST FEW MONTHS’ 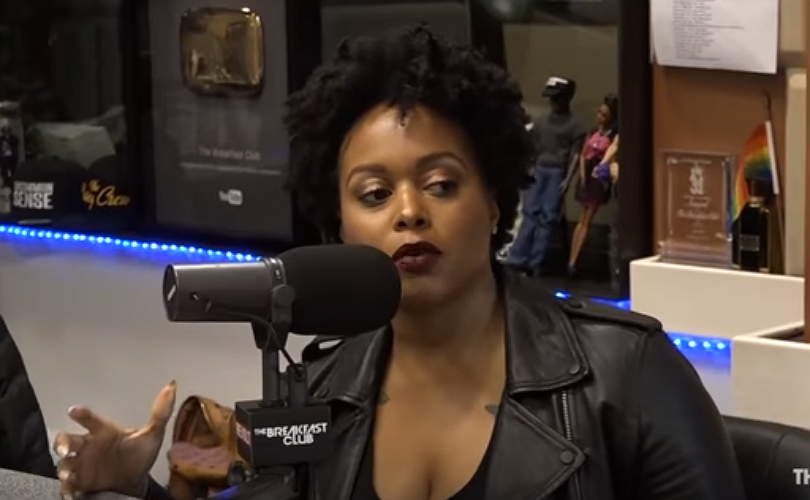 Chrisette Michele’s decision to perform at President Trump’s inauguration event has affected her in more ways than one. The singer tells The Breakfast Club how the stress from her January showing led to her experiencing a miscarriage.

“I’ve been through a lot in the past few months,” Michele says. “I’ve had PCOS for a long time; endometriosis for a long time. And stress causes flare-ups. And so I’ve has flare-ups over the last nine months from all the stress from everything that’s happened since January.”

Chrisette was one of few recording artists to accept an invitation to sing at the forty-fifth presidential inauguration celebration. Many advised the singer to forgo the opportunity but Chrisette believed that she had a message of hope and healing to share with the nation.

Chrisette was also very vocal about her miscarriage via Instagram. “Something came out of me. It was my child,” she shared. “The one my love and I worked so hard on. I never knew I could allow myself to be so broken that my physical body would break down. A miscarriage? Me? This experience of a broken nation showed itself in my own physical body.”

Many could not understand why Michele deemed it necessary to share her struggles with fans and critics. The singer tells The Breakfast Club that she felt the world needed to get a sense of what she’s been going through.

“I just wanted people to know because I feel like people wanted to know if I was affected,” she reveals. “I think people wanted to know what I was experiencing because there were so many words that people had, and I felt like maybe they don’t know that I hear them. So instead of coming out with a song right away, or an album right away, I wanted to say, ‘You know what? It’s been tough. This is the stuff that I’ve been going through, and the next art that you hear from me is going to be about that.'”

GABRIELLE UNION SAYS BEING A STEPPARENT IS DIFFICULT: 'YOU NEVER QUITE KNOW YOUR SPACE'

CUTIE ALERT! FANS CAN'T BELIEVE HOW MUCH THE DEVOE TWINS LOOK LIKE THEIR PARENTS

CUTIE ALERT! FANS CAN'T BELIEVE HOW MUCH THE DEVOE TWINS LOOK LIKE THEIR PARENTS