Home » NEWS » PRODUCTION OF AMANDLA STENBERG’S NEW FILM, ‘THE HATE U GIVE,’ IS UNDERWAY

PRODUCTION OF AMANDLA STENBERG’S NEW FILM, ‘THE HATE U GIVE,’ IS UNDERWAY 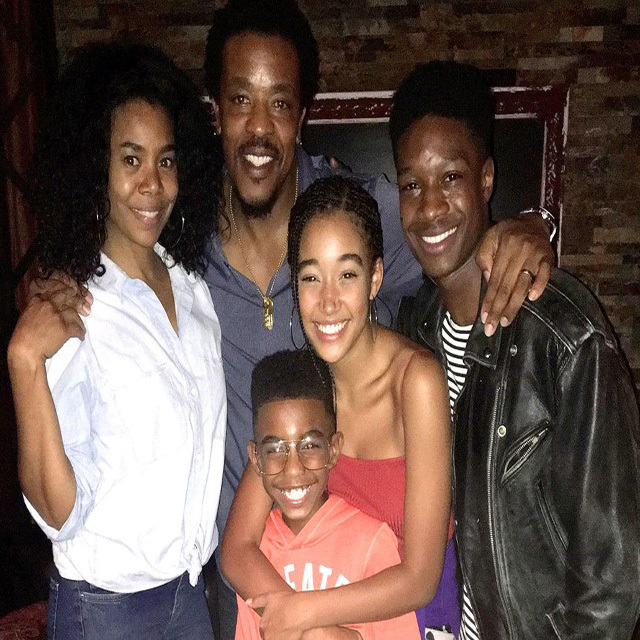 Meet the Carter’s, the family at the center of Angie Thomas’ YA novel-“The Hate U Give”-which is now in production and is set to soon hit the big screen.

No lie – I got teary-eyed when I saw this. Meet the Carter family ?@TheHateUGive #theHateUGive pic.twitter.com/hYzgEFDMnl

“The Hate U Give,” inspired by the Black Lives Matter movement, will star Amandla Stenberg in the lead role of 16-year-old Starr Carter, a young girl from a low-income neighborhood who attends an elite prep school in the suburbs. Starr becomes torn between her two worlds when she is witness to the death of her unarmed friend as result of a police shooting.

Cheesin hella hard after dinner with the incredible @angiethomas ??? We've been in process of the film adaptation of The Hate U Give for over a year now and the first day of filming is TOMORROW! I'm so endlessly grateful for Angie's blessing & her continuous love and support. Meet the Carter family! ❤

This poignantly relevant project will be directed by George Tillman Jr., was written by Audrey Wells, and will be produced by Temple Hill and Tillman’s State Street.

30 FUN QUESTIONS TO GET YOUR KIDS TALKING AND OFF ELECTRONICS