SKAI JACKSON SITS DOWN WITH BEAUTYCON TO TALK PHILANTHROPY AND MORE 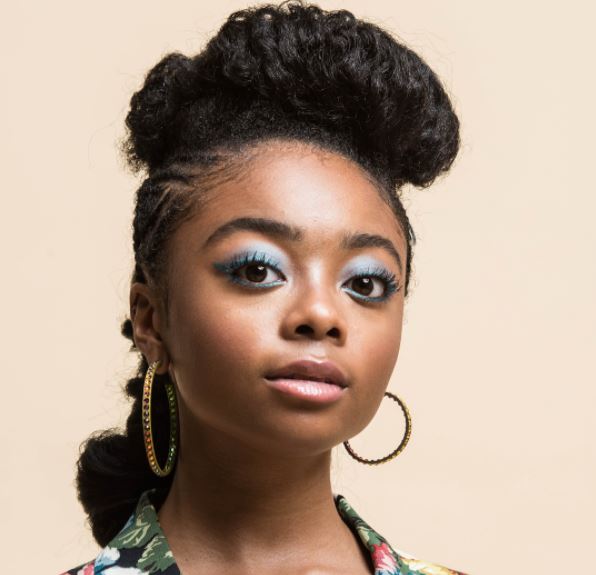 Skai Jackson has been in the public eye well-before she could even speak. If you have followed the career of the super-talented fifteen-year-old, you may not believe that she has indeed grown up right in front of your eyes.

The young actress, activist, and stylish fashionista sat down with Beautycon at their headquarters to chat about everything from her philanthropy work to how to stay focused. Check out a snippet of the interview below. To read the interview in its entirety, click here.

What would you try if you knew you couldn’t fail? Thank you @beautycon ! Interview on their website. #SkaisTheLimit Hair~ @lovingyourhair | Makeup~ @makeupactivist

Beautycon: We’re so excited to have you speak at a panel at Beautycon LA! Why is it personally important for you to be there?

Jackson: I love Beautycon! There’s so many amazing people and so many supporters. I always have such a good time there — I see all my friends and we hang out. The atmosphere, the panels, the people, what you guys talk about…it’s all great!

Beautycon: What resonates with you the most about Beautycon’s mission?

Jackson: It encourages you to express yourself and to be yourself. And I think that’s really important — it’s one of the reasons why I come to your events.

Shop @thisisnowadays #NowSkai at your local Macy's or online. Link in bio ✌?

Beautycon: What are you most excited about for the Girl Boss panel you’ll be joining us for?

Jackson: I think it’s such an important topic…to show girls that you’re powerful and worth something. The last panel that I was on in New York was fun, so I’m very excited for this one.

Beautycon: You had a picture of you sitting in a blue dress, looking very poised that somehow turned into a meme – what did you think when it went viral?

Jackson: It was about a year ago when the picture was taken. And I didn’t think anything of it––I didn’t think a meme would start. But I was fine with it…I have a great sense of humor so I thought it was pretty funny. And it was pretty awesome being on everyone’s timeline, so I can’t complain!

Beautycon: You’re involved in a lot of great causes – can you tell us a little more about them?

Jackson: I’ve really wanted to get involved with a charity for a long time so when No Kid Hungry reached out to me, I felt it’s a very important cause that not many people know about…there are so many kids go hungry in America. I’ve been having so much fun with them and we have new stuff coming up and I’m very excited for everyone to see it.

I’m also working with Dosomething.org. If you ever see someone being bullied, stand up for them because you don’t know what they’re going through, or if they even told their parents, and they might just feel like they’re alone. And if you’re being bullied, especially on social media, use that block button — it’s there for a reason! You can disable your comments, and just try to ignore as best as you can. I know it’s really hard sometimes because you can get caught up in what others are saying but just don’t worry about it because they’re just hating for no reason, they don’t have anything better to do.