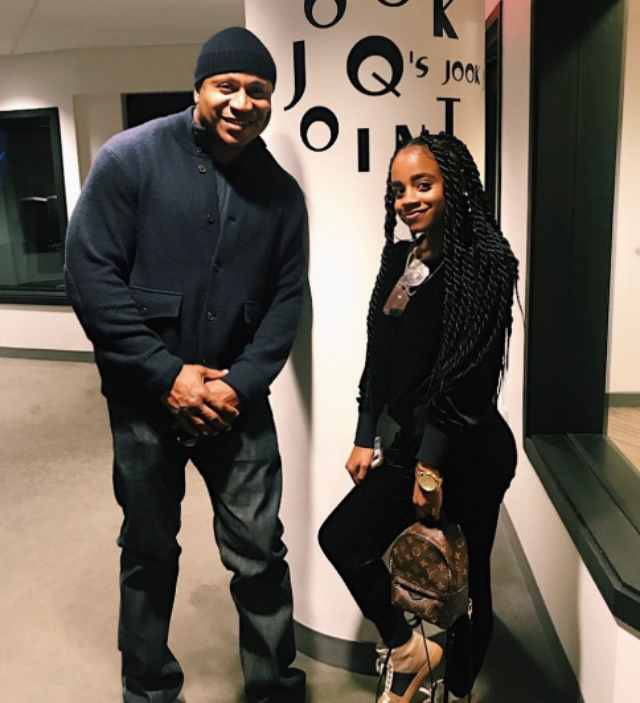 Does LL Cool J’s youngest daughter, Nina Simone Smith, have a future in music? Maybe. The Hip-Hop legend’s 17-year-old kid was recently recorded while singing ‘If I Were A Boy’ by Beyonce.

Nina belts out the notes in a manner that gives you chills. Many fans gave the impromptu performance nods on Instagram and several commented on Nina’s singing abilities. “Yesss Nina!!!!! Amazing,” one follower exclaimed. “Looks like u weren’t even trying,” another fan wrote. “That voice is STUNNING.” Nina simply told her followers to “stay tuned.”

It’s no surprise that Nina is a budding star in the music industry. After all, her father is an incredible artist who recently received a nomination for inclusion in the 2018 Rock & Roll Hall of Fame. According to CNN, “an international voting body of more than 900 artists, historians and members of the music industry will receive ballots and this year fans will once again have the opportunity to participate” in the selection process.

It would be pretty awesome if LL was chosen for inclusion in the Rock & Roll Hall of Fame since he has been active and influential in the industry since 1985. Some remember his first album, Radio, that was Def Jam Recordings’ first full-length project. LL also came out with an album called Todd Smith (2006) that took on his legal name.

LL Cool J talked about the youthful spirit of Hip Hop during an interview with HipHopDX in 2014. “If I’m walking around feeling old, then everything I look at is going to be old to me. Everything I associate with me growing up is going to be old,” he explained. “We are talking about Hip-Hop here. I know you can’t be 17 forever, but I love being on stage and I enjoy it. I put my heart and soul into it, and I play for great crowds of all ages. For me, it’s not about age. I want my career to be about making great sh*t. If you make cool sh*t, then you’re the sh*t and that’s it!” Agreed.

LL Cool J is the proud father of four children. Stay tuned to see what Nina Simone does with her incredible singing gift.

DADDY AND ME: BIG DADDY KANE, RL HUGGAR, AND SWIZZ BEATZ BOND WITH THEIR KIDS

DADDY AND ME: BIG DADDY KANE, RL HUGGAR, AND SWIZZ BEATZ BOND WITH THEIR KIDS