Home » NEWS » RUSSELL WESTBROOK AND FAMILY HAVE SOME PICNIC FUN

RUSSELL WESTBROOK AND FAMILY HAVE SOME PICNIC FUN 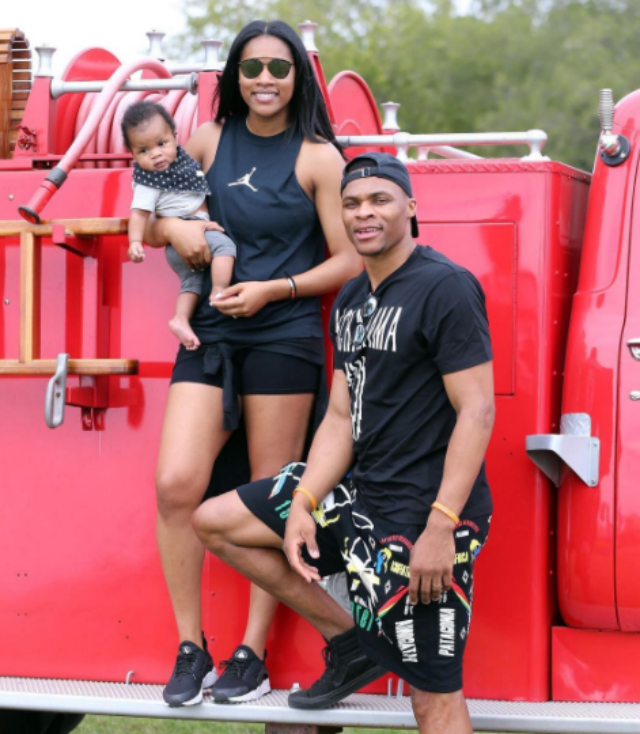 Russell Westbrook and his family were recently photographed having some fun at a picnic. Nina Westbrook shared the above picture of her husband and son Noah with her fans with the caption,” Thunder picnic fun.. #family”

“Monday night football,” Nina shared along with a picture of her husband and son bonding over a good game. Nina also uploaded a picture of her with the family during a picnic. “Thunder picnic fun.. #family,” the NBA wife captioned. “You guys are awesome,” one fan wrote. “Gorgeous family.”

This trading season has been quite interesting for Russell Westbrook. The Oklahoma Thunder offered the star player a $207 million contract that extends for the next five years. Russell, however, has yet to seal the deal.

It doesn’t appear that Westbrook is planning to go anywhere, despite his slowness in signing the contract. Russell admitted to having a busy summer during a recent press conference.

“Man it’s been a long, long summer,” he told one reporter who asked the star athlete point blank if he would return to the Oklahoma Thunder next season. “I had a baby,” Russell explained. “So I’ve been working on a little fatherhood. But like I said before, man, this is the place I want to be. I love being here. I’m excited about the season — obviously a lot of new changes. I’m excited. From that, I’ll leave it there.”

The contract that the Thunder offered Russell expires on October 16, 2017. Does anyone else think he’ll sign the deal? Noah is Russell and Nina Westbrook’s first child.