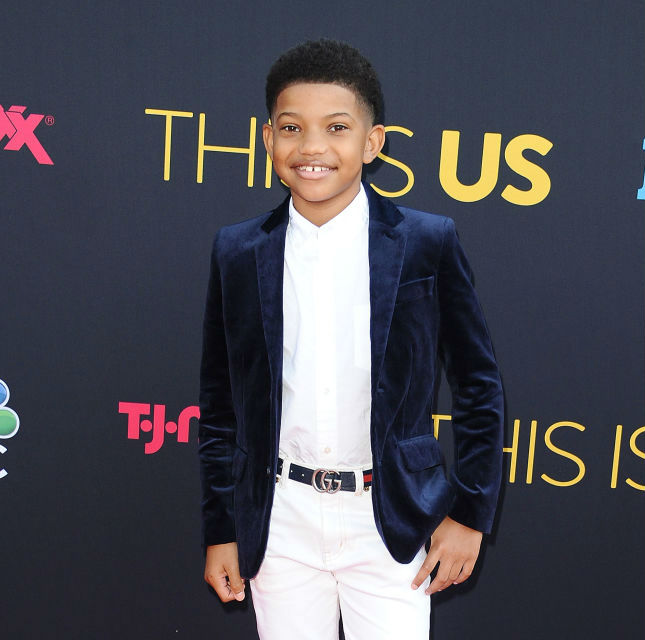 While the rest of us were poised in front of our televisions with popcorn and Kleenex in hand counting the minutes until the season two premiere of the NBC hit show This is Us, actor Lonnie Chavis and his cast mates attended the studio red carpet premiere at NeueHouse Hollywood in Los Angeles, California.

This is Us follows the journey from past to present of a unique set of “triplets.” Chavis, who portrays the young version of “Randall” in the show, is definitely a favorite of the cast and fans alike.

The NBC hit series is not the nine-year-old’s first run on television nor the big screen. Prior to his role on This is Us, Chavis appeared on Nickelodeon’s Bella and the Bulldogs among others. Most recently, Chavis, since becoming young Randall on the show, has voiced a character on Tangled: The Series and will be in the upcoming Showtime series White Famous, which seasoned actor Jamie Foxx will executive produce.

If below is any indication of how Chavis and his cast mates get along behind-the-scenes, it is no wonder why they truly seem like real family in front of the cameras.

Tune into This Is Us Tuesday’s on NBC 9/8 central. We cannot wait to see what the future holds for “young Randall” for this season and beyond.

RUSSELL WESTBROOK AND FAMILY HAVE SOME PICNIC FUN