Home » Movie Watch » MOVIE WATCH: CHECK OUT ‘L-LOYD’ AND OTHERS IN ‘THE LEGO NINJAGO MOVIE’ 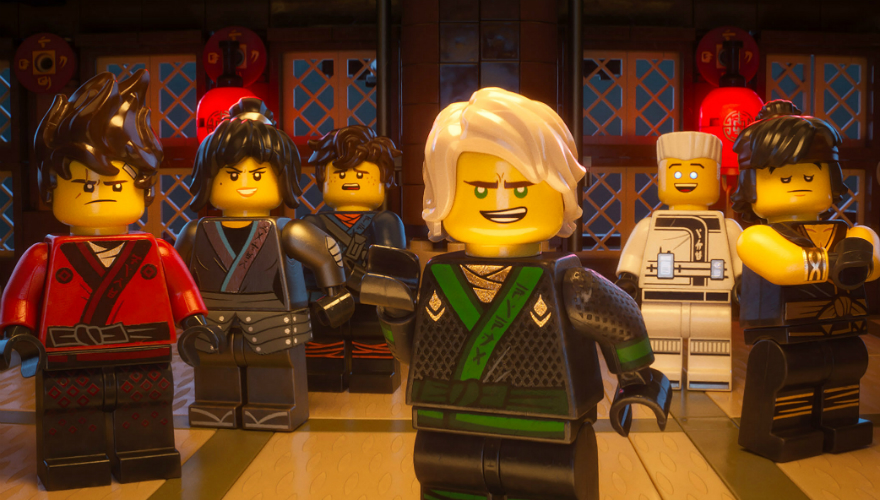 “L-Loyd” (Dave Franco), Garmadon (Justin Theroux), and the “ultimate weapon” cat steals the show in The LEGO Ninjago Movie. Evil has feelings that burn in this hilarious yet touching film.

The story begins with Mr. Liu, a.k.a. Master Wu, (Jackie Chan) and a young boy in a small shop. Liu begins to tell the boy a tale of young ninjas who saved Ninjago from the corruption of Garmadon when the young student notices the shop owner’s cat. As viewers learn later in the film, the cat with the innocent appeal in Mr. Liu’s shop is quite the terrorizer.

Upon going to the world of LEGO, we are met with 16-year-old Lloyd whose father, Garmadon, is pure evil. Although his dad has tried to overtake the city of Ninjago on several occasions, Lloyd would still do practically anything for his father’s acceptance. In all frankness, Lloyd would be doing well if Garmadon would just remember how to pronounce his son’s name. It’s Lloyd, Garmadon; not L-Loyd!

Surprisingly enough, this estranged father and son bond on a mission trip to discover the “ultimate, ultimate weapon” after Lloyd releases the “ultimate weapon,” which is the cat from Mr.Lui’s shop who wreaks complete havoc on the miniature citizens of Ninjago. It is while dodging all of the “General Ones” that Garmadon his fired from a volcano during his years as an evil dictator that he teaches his teen son how to effectively throw objects.

It’s too bad that Garmadon does not teach “L-Loyd” how to catch since such ability becomes crucial to preventing Garmadon from returning to Ninjago to continue with his evil plan of dominance. Even the villain says, “I should have taught you how to catch” when Lloyd literally misses his shot of keeping the supposed “ultimate, ultimate weapon” away from his dad.

The good news is that the greatest weapon that the ninjas’ teacher, Master Wu, has been telling them about lives within each of his students. Lloyd’s gift of “green,” as it turns out, is the most powerful treasure of all because it connects all of the other ninjas’ abilities to form a force that even makes Garmadon shed tears of fire (no, really, actual fire).