Home » NEWS » SERENA WILLIAMS INTRODUCES US TO HER DAUGHTER

SERENA WILLIAMS INTRODUCES US TO HER DAUGHTER 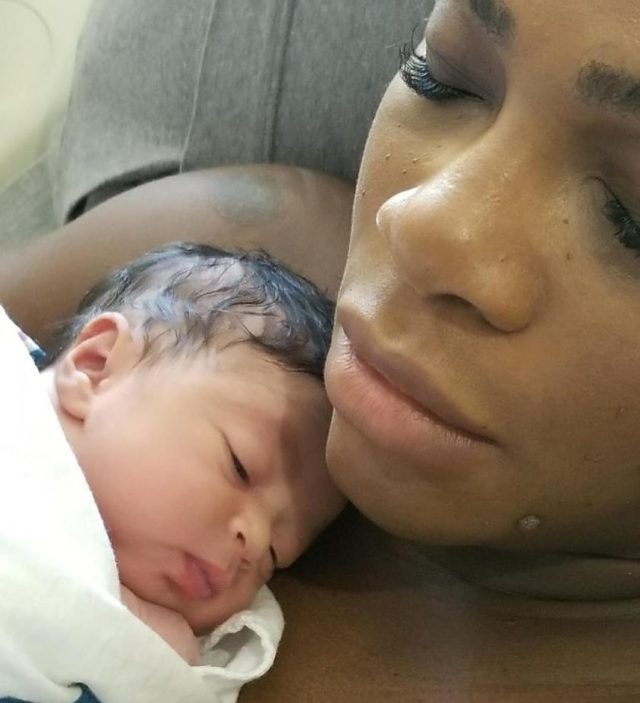 Introducing, Alexis Olympia! Serena Williams introduced her newborn daughter to Instagram on Wednesday with a cute video clip that showed mommy and baby getting ready to head home from the hospital.

“So we’re leaving the hospital after six, seven days,” Serena says in the clip. The tennis champion goes on to tell her followers, “It’s been a long time. We had a lot of complications, but look who we got! We’ve got a baby girl.”

Alexis is simply adorable in the clip as she rests on mom while stretching. Many fans likened the newborn’s appearance to that of a doll. “She looks like a little doll,” one BCK follower wrote. “So Gorgeous,” another fan commented. “I’m so happy for Serena!”

Alexis is named after her father, Alexis Ohanian, who was every bit excited about becoming a dad for the first time. It was just a few weeks ago that Alexis fulfilled his expectant fiancee’s cravings for zucchini, asparagus, and artichoke. “I was told there would be late-night cravings,” Ohanian told his Instagram followers.

The Reddit co-founder also shared a cute image that represented his new family. “Welcome, Olympia, we’re so happy to meet you,” Alexis captioned underneath the picture. “We made you a video of our adventure together so far.”

Welcome, Olympia, we're so happy to meet you. We made you a video of our adventure together so far (see bio).

Alexis Olympia is Serena Williams and Alexis Ohanian’s first child. The couple announced their expectancy earlier this year and welcomed their daughter at the top of this month. Stay tuned for more Serena Williams celebrity mom news!