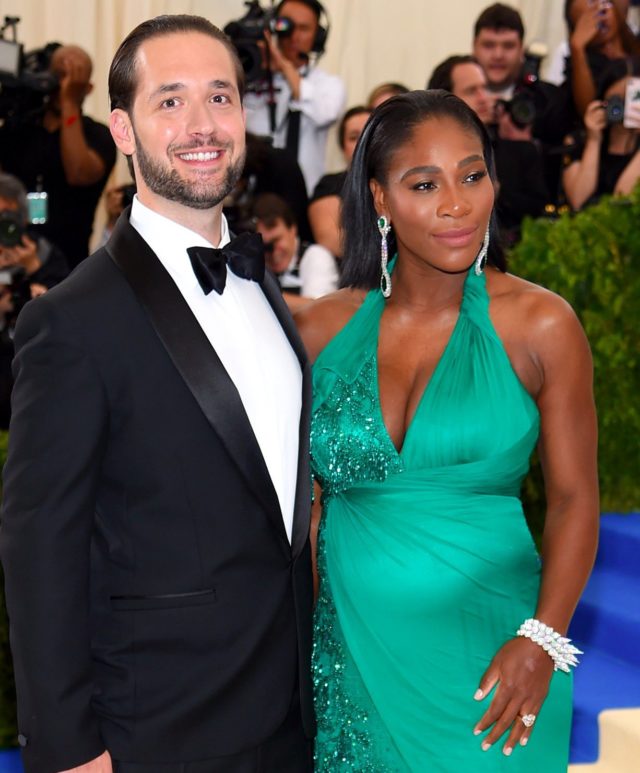 Update: Serena Williams has welcomed a baby girl, according to reports. Usweekly reports that Williams, 35, gave birth to a baby girl at a hospital in Palm Beach, Florida, on Friday, September 1.

Has the time arrived for Serena Williams and Alexis Ohanian? Reports say yes! Several media outlets claim that the expectant tennis champion has gone into labor.

Williams is in labor at St. Mary’s Medical Center in Palm Beach, Florida, according to local CBS12 reporter Thomas Forester. She checked into the hospital Wednesday and has the entire first floor to herself, according to CBS12. There is strict security that prevents people other than Williams’ family and close friends from coming in.”

The public got wind of Serena Williams’ expectancy after the tennis star won the Australian Open in January. Serena accidentally shared news of her pregnancy with her social media fans.

“I have this thing where I’ve been checking my status and taking pictures every week to see how far along I’m going,” she said during a TED Talk interview several weeks after the big slip-up. “I’ve just been saving it. I didn’t really tell a lot of people to be quite honest,” Serena added. Williams missed the save button and hit the share link instead. “You know how social media is, you press the wrong button and…” you get the rest.

Serena Williams and Alexis Ohanian moved to keep the gender of their child a secret during their expectancy. Alexis, however, told media that he and Serena had good reason to believe that they were expecting a girl.

“Everything that little baby went through [during the Australian Open] and handled like a champ,” Alexis said during an interview with Jimmy Kimmel. “Only a woman could be strong enough to take on.”

Will the newest family addition be a boy or girl? We’ll have to wait and see! Stay tuned for more Serena Williams birth news!