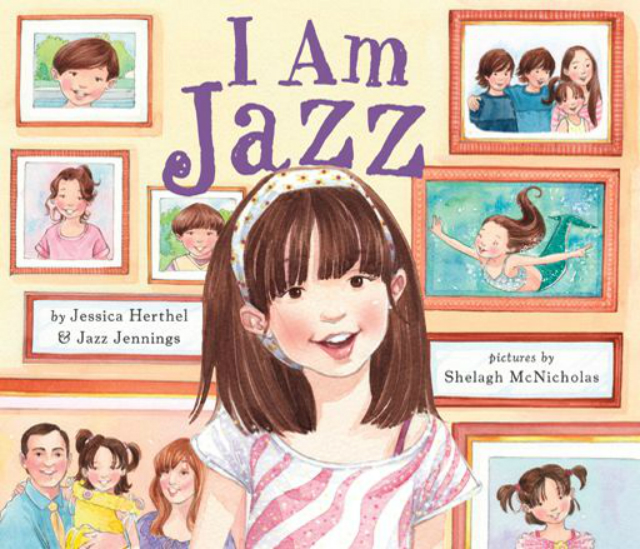 Some books are only meant for enjoying at home, apparently. One California teacher learned the hard way that sharing a transgender story with a kindergarten class is a sure way to be black-balled.

An instructor at Rocklin Academy Gateway was presented the children’s book, I Am Jazz by one of her students. The kindergartner wanted the narrative read aloud during story time, which is something the teacher agreed to do. Unfortunately for the educator, Jazz is based on the life a transgender girl named Jazz Jennings who grapples with the social disdain of accepting her sexual orientation.

“I have a girl brain but a boy body,” the character says in the book. “This is called transgender. I was born this way!” The California teacher allegedly followed up the story about Jazz with a narrative called Red: A Crayon’s Story, which is about a Crayon working through an identity crisis.

Red must have been the straw that broke the camel’s back because several parents got wind of the teacher’s book selections for story time and complained to the school’s administration. Two families even moved their children to other schools in the area as a result of the educator’s actions.

“No parents were previously notified that this discussion would take place,” Karen England of Nevada-based conservative advocacy group Capitol Resource Institute said. “The average parent doesn’t want to have this conversation in kindergarten, and it was forced upon them.”

Kate Hazarian of the San Juan Unified School District said, “We don’t focus on teaching about transgender youth, we focus on tolerance, treating each other with respect and kindness.” The school official went on to tell media that parents are usually more uptight about the issue than kids. “My experience is that kids are a lot more tolerant than adults.”

It isn’t the first time that conservative groups have tried to silence the LGBTQ community. It was just a few weeks ago that One Million Moms called for a massive boycott of Doc McStuffins because it introduced kids to the notion of non-traditional families where two moms are at the helm. Of course, the show, which was about earthquake preparedness, aired anyway.

BCK Asks: What do you think? Should television shows and story times in classrooms be the gateway by which small children learn about sexual orientation? Or, should parents decide the right time for their kids to get an understanding of such concept?

JADA PINKETT SMITH: 'I, TOO, ONCE LOST MY GROOVE'

JADA PINKETT SMITH: 'I, TOO, ONCE LOST MY GROOVE'