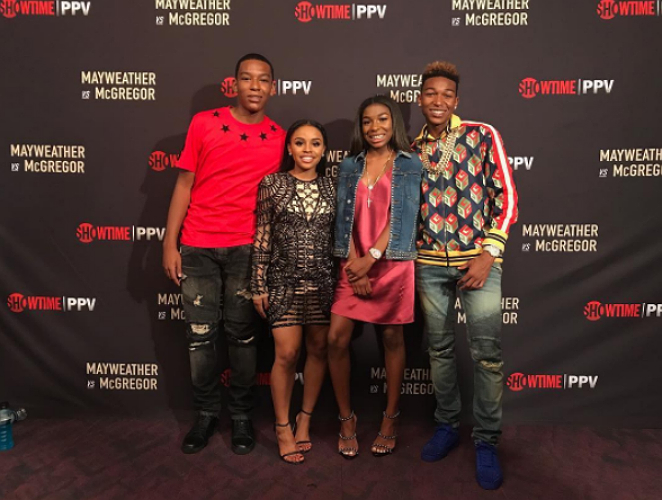 There is no chance that Floyd Mayweather is taking to the boxing ring again. The newly retired athlete’s son told TMZ Sports that there’s no chance of his father competing again after Saturday’s match.

“No chance. No chance. No rematch,” Koraun told media. The teen went on to tell the press that his father is “officially done. He’s 40, gotta realize that. He’s an old man.”

Floyd publicly announced his retirement from boxing after defeating Connor McGregor by technical knockout during Saturday’s big fight. The competition was the first of its kind for McGregor who is a UFC champion. The 29-year-old survived ten rounds in the ring with a veteran boxer who has never lost a match.

“He’s a lot better than I thought he was,” Floyd Mayweather revealed after the high profile fight. “He used different angles. He was a tough competitor, but I was a better man tonight,” the athlete declared.

Floyd went on to tell media that there would be no more fights for him in the near future. “This was my last fight tonight, ladies and gentlemen,” the star athlete said. “Tonight was my last fight, for sure,” he added. “Connor McGregor, you’re a h*ll of a champion. And to the country of Ireland, we love you guys,” Mayweather concluded.