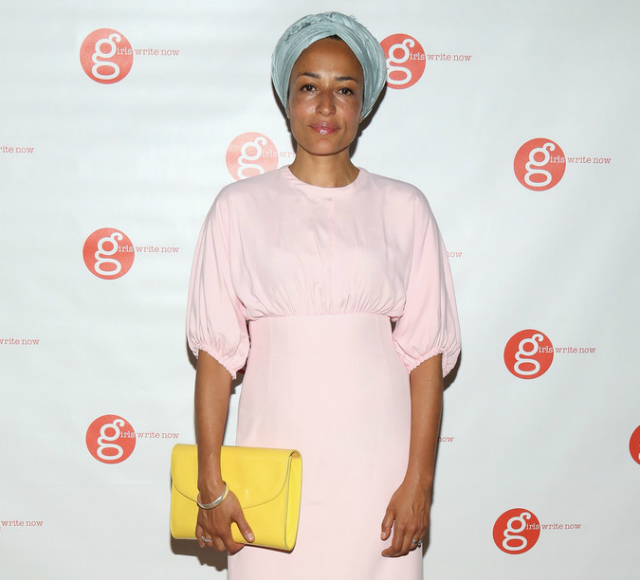 Swing Time writer Zadie Smith has one major rule when it comes to beauty: it shouldn’t take more than 15 minutes. The novelist tells Grazie Daily that she established the 15-minute rule after observing how much time it took her 7-year-old daughter, Katherine, to get dressed in comparison with her son, Harvey

“I saw that she had just started spending a lot of time looking in mirrors,” the celebrity mom reveals. “It was infuriating me. I decided to spontaneously decide on a principle: that if it takes longer than 15 minutes, don’t do it.”

The 15-minute rule extends beyond fashion and into the world of cosmetics. “I explained it to her in these terms: you are wasting time, your brother is not going to waste any time doing this,” Zadie shares. “Every day of his life he will put a shirt on, he’s out the door and he doesn’t give a sh*t if you waste an hour and a half doing your makeup.”

Fans of Zadie Smith got an inside look on her perception of the superficial in the author’s 2005 book, On Beauty. The story follows two mixed-race families living in the United States who must grapple with the illusion of beauty among other things in the country. Kiki, the African-American wife of a white professor at Howard University, loathes her responsibility to parent daughters because “she knew she wouldn’t be able to protect them from self-disgust.” The central character tries to protect her girls from the superficial by prohibiting television and other forms of marketing that promote a false perception of beauty.

Perhaps Zadie Smith is carrying out the mission of her created character with the 15-minute rule. Or, perhaps the celebrity mom is just tired of seeing her 7-year-old spending too much time getting dressed. Who knows? In any case, Zadie Smith is the proud mother of two kids.