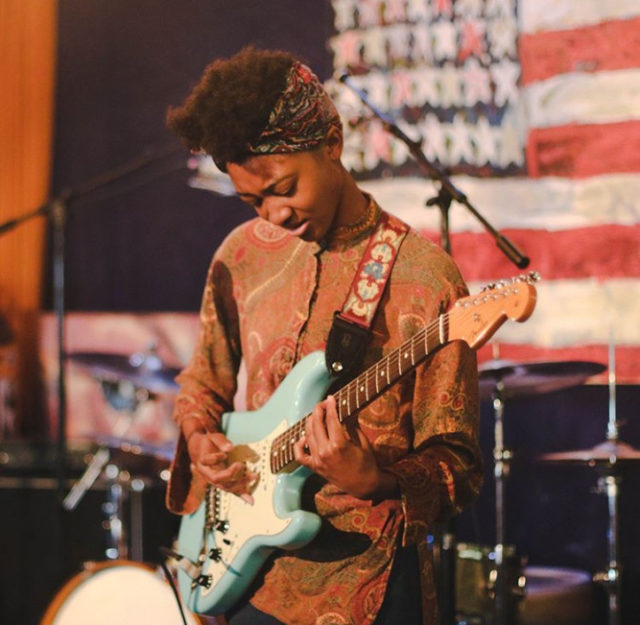 We all discover our God-given talents in a variety of different ways. Sometimes discoveries come by accident, other times through guided training, but in the case of Nashville teen, Melanie Faye, her discovery came through XBox 360.

“The real reason I play guitar is because of Guitar Hero III on Xbox 360,” she told Grittyvibes.com in an interview. “That was the most influential game of my entire childhood.”

Fast forward to the present and Faye is unquestionably breaking the internet with her musical prowess as she shreds with the maturity of a seasoned veteran, definitely taking her place in the music world as one to watch.

Growing up as the daughter of two chemists, no one in the household played a musical instrument, her mother did show an interest in dance. After taking lessons, Faye admitted that it was the call of music and performance with which she fell in love.

“Performing makes me more approachable to people,” She says. “It’s fun getting to interact with different individuals from all walks of life.”

With thousands of IG followers, viral videos, and a new single out entitled, “b-cool,” it is no doubt that this rising star will continue on her journey straight to the top of the charts, joining the ranks of some of the best guitarists on record.

This is how I feel today

BLUE IVY CARTER IS FEATURED IN HER MOM'S BOOK, 'HOW TO MAKE LEMONADE'