BABY JUNIE IS A FUTURE BALLER 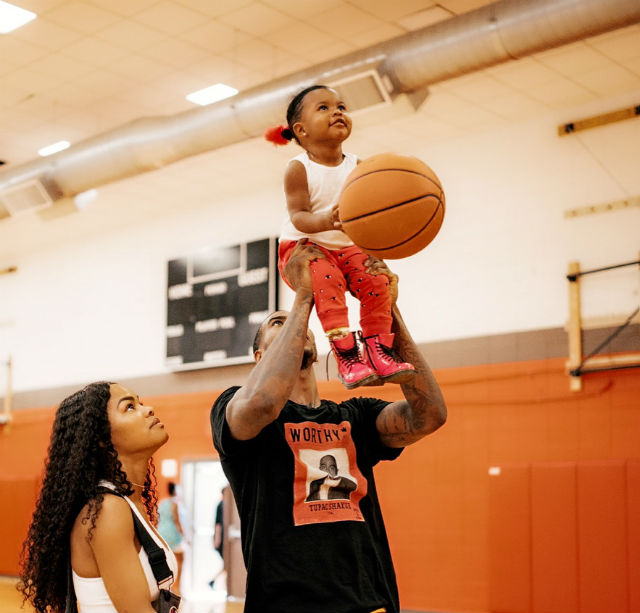 “Welcome to A Day in the Life of a 1/2 pint sized BABY SUPER MODEL,” the star father shared on his daughter’s Instagram page. “I’m so excited to be rocking my ‘Electric Blue’ velvet dress from my cousin Dayci’s new clothing line,” the photo’s caption read.

Welcome to A Day in the Life of a 1/2 pint sized BABY SUPER MODEL!! ??. I'm so excited to be rocking my "Electric Blue" velvet dress from my cousin Dayci's new clothing line! ?Calling All Parents! Please go and check out her page @shopdayco for some really cool kids stuff!! From dresses, to rompers, to shades and other fun accessories! We Toddlers just want to have fun!! #toddlersjustwanttohavefun #cooltoddlers #Joolander #babyglamsquad

It was just last year that Teyana Taylor shared the joys of motherhood with media. “You can be superwoman. You can have it all, that balance in your relationship, your family and your career,” the celebrity mom said. “It’s the opposite of the cliché that says kids will slow you or your career down,” she added.

Teyana certainly hasn’t been slowing down since giving birth to her and Iman Shumpert’s daughter. She created her own workout regimen after getting so much attention in Kanye West’s ‘Fade’ music video. “It was a do-or-die moment where I was like, ‘ I’m going to dance my f—— heart out,” she told media. “I honestly don’t feel like ‘Fade’ would have had the same effect had I just been 21, hot body, single.”

Teyana Taylor and Iman Shumpert welcomed their daughter on December 16, 2015. She is the couple’s first child.

Travel Day!!! Thank you to my friends over @childsplayclothing I love my new @gucci sweatsuit and sandals!! ?