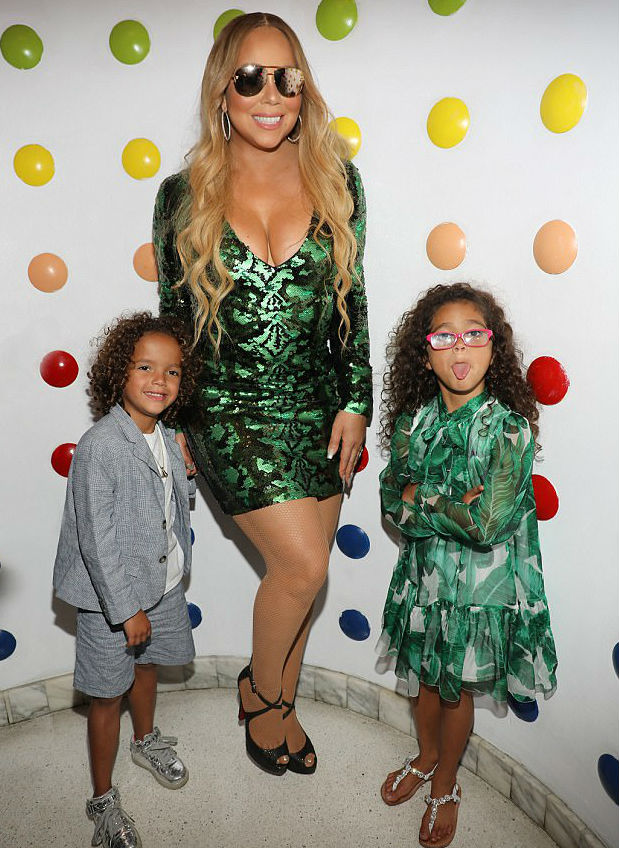 What’s better than a good show and candy after the fact? Nothing! Mariah Carey and her kids, Monroe and Moroccan, enjoyed the fruits of their labor after their hit show in Miami Beach, Florida, on Thursday.

The singer and her kids had the support of fans and Serena Williams who visited them behind the scenes. “With the beautiful @serenawilliams backstage tonight,” Mariah shared with her Instagram fans. “This is great,” one fan wrote. “The best mom ever! Meeting a new mom. Dembabies look fantastic!”

Monroe was definitely in fashion sync with her mom as the little one’s dress was the same color and design as her mother’s apparel. Mariah’s outfit was nothing short of sensual as it hugged all of her curves. Carey and the kids posed for several pictures while rocking their stylish attire at her show’s after party, which was held at Sugar Factory American Brasserie on Ocean Drive.

The star mom and her children were ready for everything the night offered after enjoying a treasure hunt in Miami Beach earlier in the day. Mariah and the kids had the spirit of pirates as they boarded a nearby yacht for fun times. “Pirates of the boat,” the singer wrote online. “Treasure hunt!”

It was just last year that Mariah Carey discussed her life as a celebrity parent. “I want them to still feel normal,” the singer said of her kids. “But they love traveling. They love flying,” Mariah added. “If I keep them home for like five days, they’re like, ‘When are we going on an airplane?’ They really love it.”

Monroe and Moroccan celebrated their sixth birthdays in April. The twins are Mariah Carey’s children with her estranged husband, Nick Cannon.