Home » NEWS » KOBE BRYANT AND THE FAMILY VACATION IN ITALY 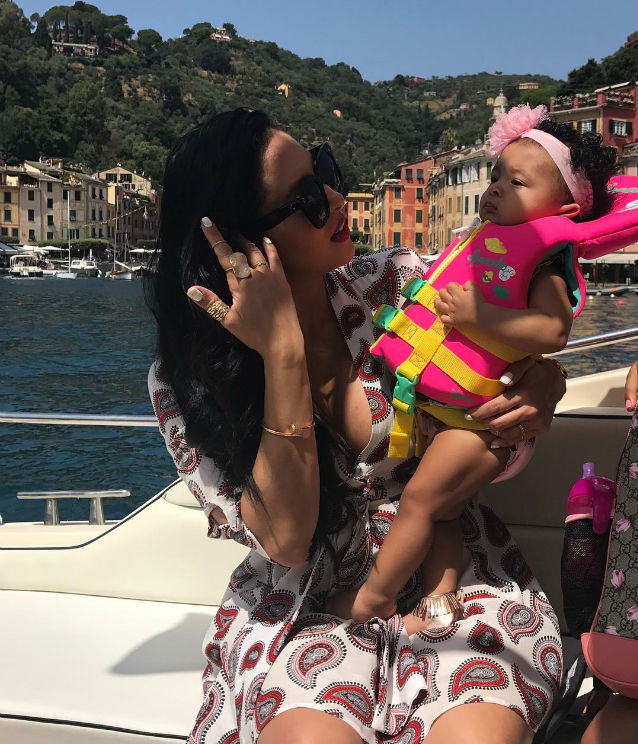 The Bryants are spending cool days and nights in Italy. Photos of retired NBA player Kobe Bryant and his family recently surfaced and the party of five seemed to be enjoying their vacation in The Boot.

One photo was of Kobe and the family living it up on a yacht. Bianca, the youngest member of the family, held on to her father in the candid as her mom, Vanessa Bryant, took the picture. Bianca was in fashion sync with her mom as she and Vanessa rocked the same clothing design.

Equally precious was a video clip of big sister Gianna fanning Bianca. The 9-month-old appeared intrigued by the fan and looked at her father in amazement of the action taking place around her. “Big sisters always looking out for their baby sister,” Vanessa told her Instagram followers.

It’s been a few months since Kobe Bryant closed out his 20-year career with the Los Angeles Lakers. The celebrity father has been using every bit of his retirement to unwind and interact with his kids.

“It’s pretty cool for me ’cause it’s Daddy’s little princesses,” Kobe recently said of fathering three daughters. “Guys keep teasing me. My friends say, ‘It takes a real man to make a boy.’ I’m like, ‘Dude, it takes a king to make a princess… get in line.'”

What sport will Bianca play, if any? We’ll just have to wait and see. Stay tuned for more Kobe Bryant celebrity dad news!

HALLE BERRY: 'I HAVE THAT MAMA-BEAR SPIRIT'