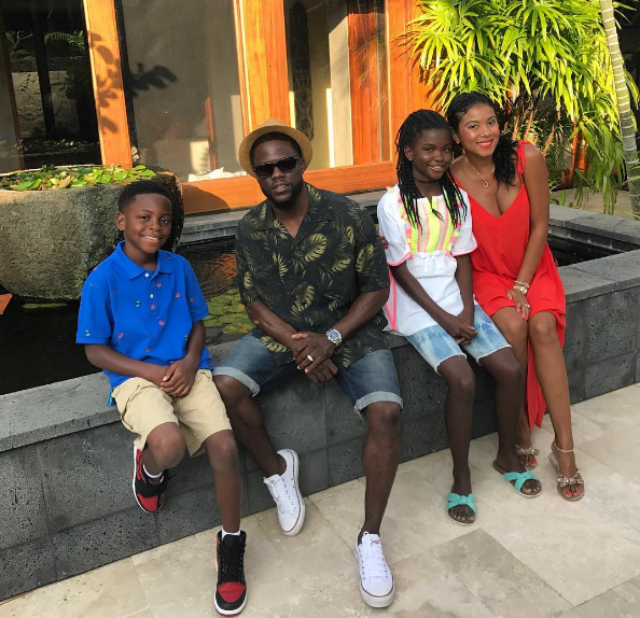 Kevin Hart and wife Eniko Parrish are preparing for baby number three. The celebrity father tells Good Morning America about his life as a celebrity father who’s waiting with great anticipation for his youngest son to arrive.

Kevin and Eniko had quite the wedding ceremony with the bride wearing two elegant gowns and the Santa Barbara scenery serving as a backdrop in the couple’s pictures. Heaven and Hendrix played intricate parts in the festivities with Hendrix serving as Kevin’s best man. The celebrity couple announced the expectancy of their first child several months after their wedding and honeymoon.

Eniko and Kevin Hart are expecting their little one to arrive in coming weeks. Heaven and Hendrix are Kevin’s kids with ex-wife Torrei Hart. Stay tuned for more Kevin Hart celebrity baby news!

CHAD JOHNSON GETS A HAIRCUT TO REMEMBER FROM HIS TODDLER