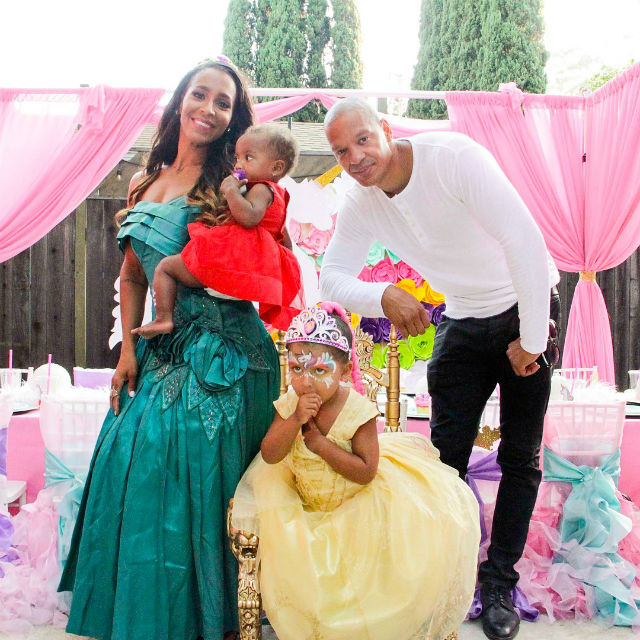 Amina Buddafly and Peter Gunz threw their daughter, Cori Pankey, a beautiful Unicorn-themed party in honor of her third birthday. The little one was surrounded by family members and friends who celebrated her crowning moment.

Peter Gunz filmed his daughter who looked at one of the bDASHd staff members who gave Cori her princess crown during the festivities. Photographers took pictures as the toddler of the hour stared at her beautiful head gear in anticipation of being given a royal title. “The Crown,” Peter wrote. “Bliss,” the celebrity father gushed.

Television personality Apryl Jones and her children, Megaa and A’mei, joined Peter Gunz and Amina Buddafly in celebrating their daughter. Apryl and her little ones took a picture with Cori and Amina while in the spotlight with the birthday girl and her mom. 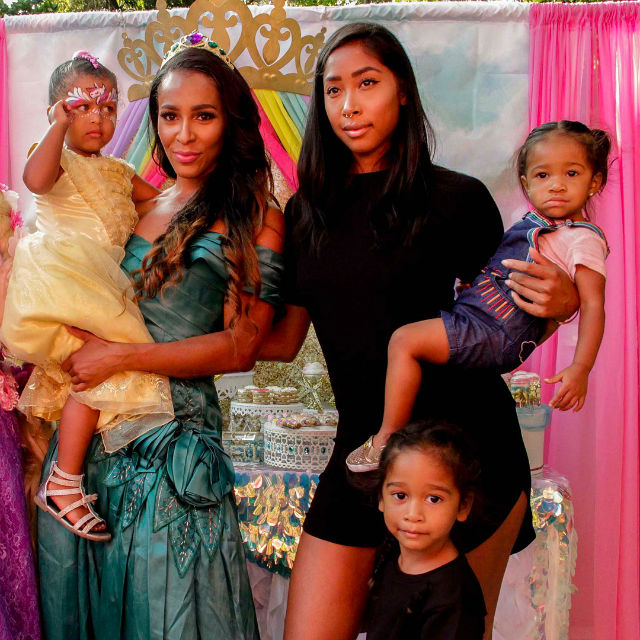 “Today was an amazing day for my baby @iamcorigunz and I wanna thank everyone who was part of it,” Amina wrote online after the festivities concluded. The celebrity mom gave special thanks to Eve Patterson and bDASHd for all of their hard work to make Cori’s party a success.

Peter Gunz was definitely the doting dad at Cori’s bash and flew all the way from New York to Los Angeles to be a part of the event. It was just last year that Amina Buddafly moved to Los Angeles indefinitely with her children.

“People have warned me it was gonna be so hard,” Amina said several months back. “It is definitely less sleep and all those things that I got warned, but it was also beautiful and it wasn’t as crazy as I expected. So it wasn’t as hard,” she explained. “I have friends that had just had babies and they would tell me, ‘Oh it’s gonna be so overwhelming,’ and yes it is but the beauty of it made it so easy for me. I really didn’t have that hard of time. It’s more joy than anything else.”

Cori Pankey is Amina Buddafly’s oldest child with Peter Gunz. The couple also has a daughter named Bronx who celebrates her first birthday next month.

HALLE BERRY: 'I HAVE A DAUGHTER AND SHE IS GOING TO HAVE TO WORK'