Home » NEWS » GET CAUGHT UP WITH GREG JENNINGS AND THE FAMILY

GET CAUGHT UP WITH GREG JENNINGS AND THE FAMILY 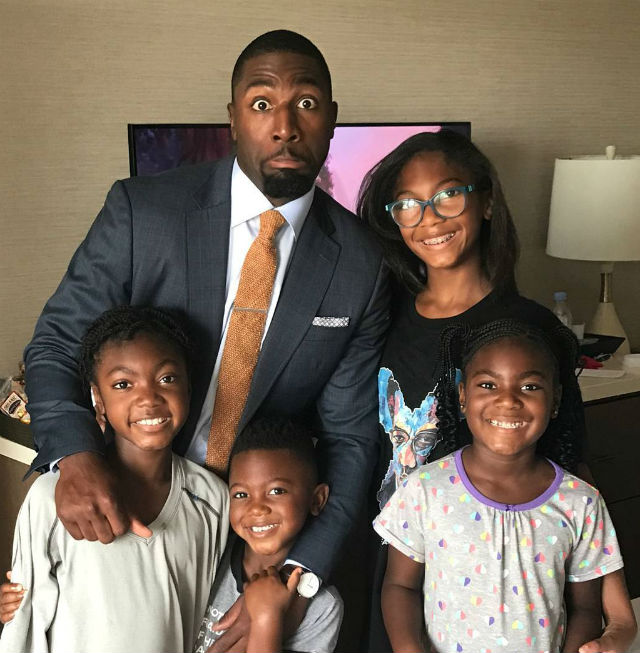 Greg Jennings recently uploaded this photo of his four children-Aice, Amya, Ayva, and Alea- on his Instagram page with the caption, “Leaving for work and coming home to these faces make it so much easier.”

It was just a few years ago that we were formally introduced to the Jennings family. Greg and wife Nicole took us into their homes and showed us what a typical day was like in the Jennings residence.

Many have preconceived notions about how NFL families live, but Nicole assured her viewers that the Jennings family was no different than any other party of six. “Being a mother of four can be challenging sometimes, but Greg and I are both committed to putting all hands on deck,” she explained. “We want to make sure that our family remains humble and grounded,” Nicole added. “We’re just like everyone else.”

Greg was certainly “just like everyone else” as he folded clothes on film right before heading off to a game. The then-Miami Dolphins wide receiver chucked it up to “daddy duties.” Totally!

The celebrity father probably has many more parental duties to complete before a long day of work since retiring from the NFL and taking a job as a sports analyst. Greg announced his exit from the league last July.

“The past 20 years of my life has been football, but today that all changes,” the star dad said in a special video message. “This smile is not going to be removed — it’s going to be enhanced. The same dedication, the same work ethic that I put into pursuing that sport, this game, I’ll be pursuing everything else with the same mindset,” Greg assured fans.

Pursuing he has as Greg Jennings has brought a different, and sometimes controversial, flavor to his role as a sports analyst. Stay tuned for more Jennings celebrity baby news!

ANGELA SIMMONS AND SON BOX TOGETHER