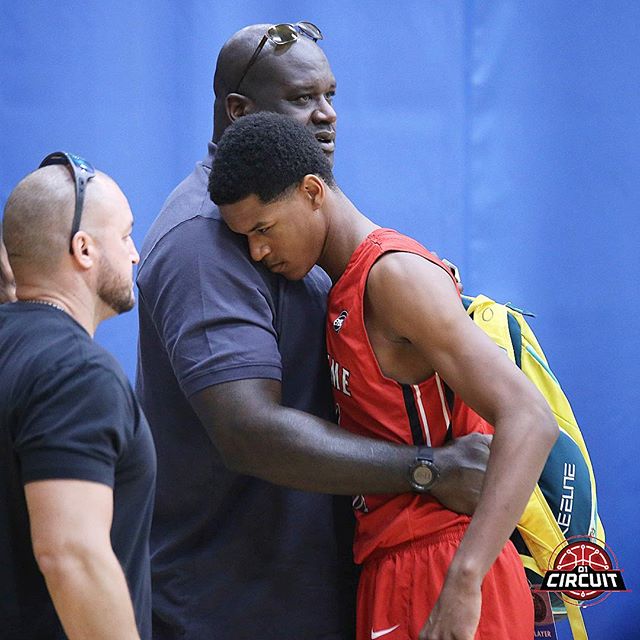 Shareef O’Neal, the son of NBA legend Shaquille O’Neal and Shaunie O’Neal, hugs it out with his dad at the Nike EYBL Peach Jam game on Thursday. During the event, the four-star power forward had the chance to speak with D1 Circuit about who he considers to be his biggest role model. Though his dad plays a big role in his life, Shareef says that it is his mom that has had “the biggest impact on his game”.

O’Neal is ranked the 36th prospect in Scout.com’s 2018 class, and No. 19 in ESPN rankings of the top 60 high school players in the nation. He committed to the Arizona Wildcats in April.

Check out O’Neal’s interview below!

T.I., TINY AND THE FAMILY VACATION IN THE BAHAMAS

T.I., TINY AND THE FAMILY VACATION IN THE BAHAMAS