LA LA ANTHONY CLEARS THE RECORD ON ‘THE BREAKFAST CLUB’ 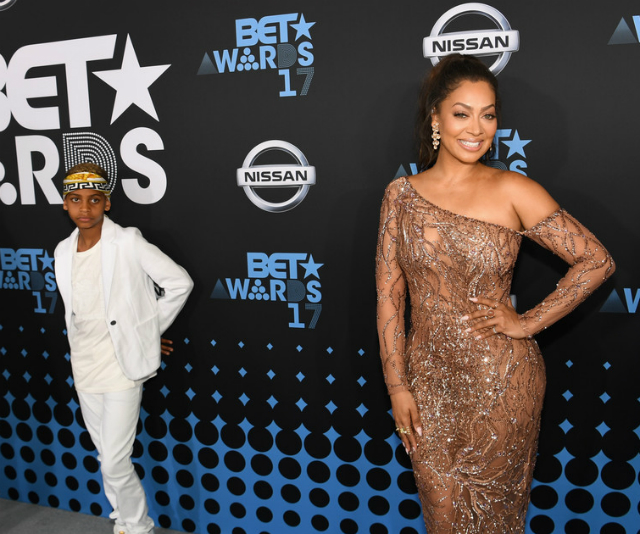 La La Anthony wants everyone to calm down about her latest acting scene in the hit series, Power. The celebrity mom stopped by Power 105.1 FM’s The Breakfast Club on Wednesday to discuss the nude scene that had some critics reaching for their mommy shaming tools.

“I want to address this once and for all,” La La began. “The problem is people don’t know how to separate Lala from LaKeisha—that’s my character on Power. My character is currently in a relationship with Tommy, and when you’re in a relationship, you have sex and you take your top off. You don’t have sex fully clothed. If I am a true actor, then that’s what I’m going to do.” La La further explained, “To be on Power, we got sat down from the first episode on Season 1 to sign a nudity clause. At some point…it’s going to come for everybody.”

La La also delved into her relationship with her husband, Carmelo Anthony, which has been strained these past few months. “I am New York, born and bred, and I will be staying here,” La La clarified to squash rumors of her relocating to Texas to be near Carmelo who was recently traded to the Rockets.

Although she isn’t making plans to move to Texas, La La is counting on her and Carmelo’s longstanding relationship as friends to remain strong regardless of the route their marriage takes. “He’s my best friend,” La La revealed. “When you’re with someone for 13 years since they were 19 years old, and you have a 10-year-old child, you’d hope that you guys would be cool. We are the best of friends,” she concluded.

LAMAR ODOM TO TALK FAMILY AND MORE IN AUTOBIOGRAPHY