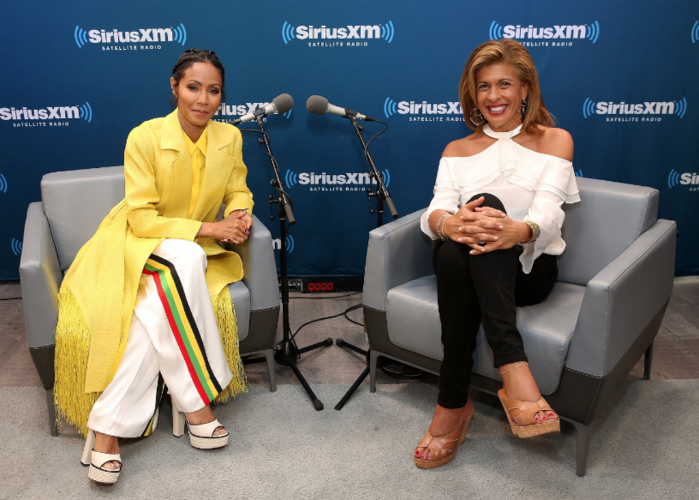 Jada Pinkett-Smith is all about getting her daughter, Willow Smith, to a state of independence. The actress tells Hoda Kotb about the steps that she takes to guide her daughter in the ways of responsible adulthood.

“Willow will be 18 [years-old] next year. So how I’m dealing with Willow right now is that I want her to live as she will live when she’s outside of my house so that I can help guide that. I don’t want her to leave my house and not have training on what it is to feel like to be independent. Let’s train that now while you’re still under my roof.”

Training Willow includes Jada giving advice on love and marriage. “Don’t do that,” the star mom says in response to the notion of Willow marrying young. “I’d have to be very careful if she fell in love when I fell in love and had a possibility of getting married,” the celebrity mom explains. “I would just talk to her and say… ‘There’s no rush; there’s a lot of life to live.'”

Willow celebrates her seventeenth birthday on October 31, 2017. She is Jada Pinkett Smith and husband Will Smith’s youngest child and only daughter. The celebrity couple also has a son named Jaden Smith who celebrated his nineteenth birthday earlier this month.

APRYL JONES: 'THIS PAST YEAR HAS BEEN SUCH A TRANSITIONAL TIME FOR ME'

APRYL JONES: 'THIS PAST YEAR HAS BEEN SUCH A TRANSITIONAL TIME FOR ME'