Home » NEWS » APRYL JONES: ‘THIS PAST YEAR HAS BEEN SUCH A TRANSITIONAL TIME FOR ME’

APRYL JONES: ‘THIS PAST YEAR HAS BEEN SUCH A TRANSITIONAL TIME FOR ME’ 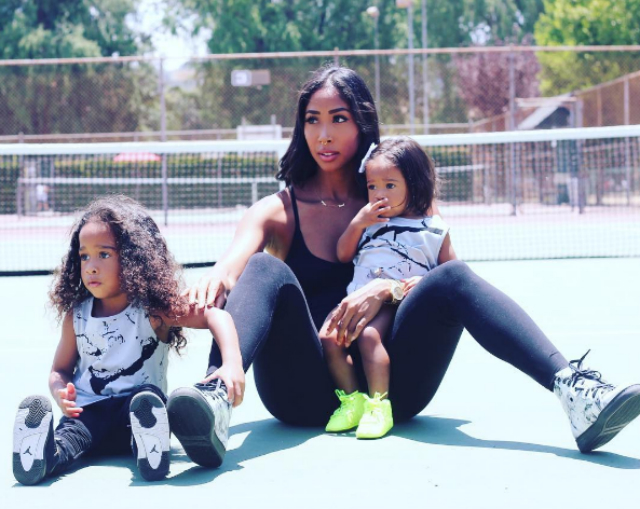 Apryl Jones is sending positive vibes your way. The celebrity mom took to social media on Thursday to announce the launch of her wine collection and dabble in a bit of transparency about the past few months, which have been nothing short of challenging.

“This past year has been such a transitional time for me,” Apryl began. “It has truly been a testament that I can do and will do anything not just for myself, but more importantly for my children.” The celebrity mom went on to tell fans, “I’ve encountered some lows and during those times could not see the light at the end of the tunnel, but my faith told me otherwise, and once I stopped chasing the light, I realized I was one all along… That happiness, love, and light is an internal and eternal blessing that must be discovered and shared with all those we encounter.”

Apryl Jones and ex-boyfriend Omarion ended their long-term relationship just four months after welcoming their daughter, A’mei, in March 2016. Although many speculated that Omarion was an infidel who caused the union to end, Apryl cleared the record several weeks after news of their breakup spread.

She has given him the time and space all while building her empire. ” I’ve worked hard to give back pieces of me through this process, with the hope that it fulfills my goal: to create a beautiful life for others as I intend to create it for my children,” Apryl said of her impending wine launch. “I’m so proud of who I’ve become in this process and am beyond thankful for all your support, love and well wishes thus far. Your support means the world to me…too often we forget to build one another up…I strive to do that for others as I pray you guys do that for me.”

MIKAILA ULMER SCORES $810,000 INVESTMENT DEAL FOR 'ME AND THE BEES' LEMONADE COMPANY

MIKAILA ULMER SCORES $810,000 INVESTMENT DEAL FOR 'ME AND THE BEES' LEMONADE COMPANY