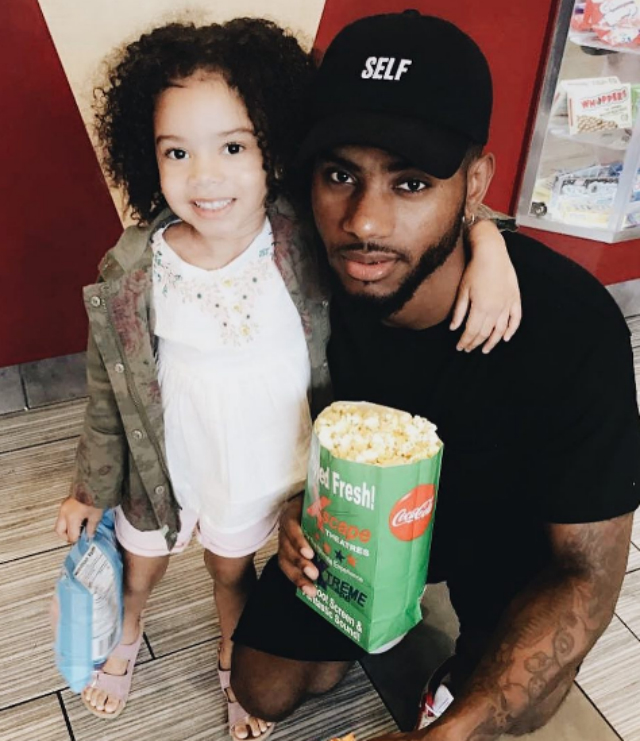 Bryson Tiller is the doting dad. The celebrity father recently took to Instagram to share excitement over his and daughter Harley Loraine Tiller’s movie night.

“She picked Spider-Man over Cars,” Bryson wrote online. “That’s my girl,” he added. Thousands of fans gave the cute candid of Bryson Tiller and his daughter two thumbs up. Hundreds commented on the photo as well. “She is so cute,” one follower wrote. “This is beautiful,” another fan said.

Bryson Tiller shared the motivation behind his latest project during a recent interview with NME. “This album is more about trying to figure out how to be great and feel great,” he explained. “The relationship with myself – I feel like that’s the most important relationship. That’s what I’m working on and still trying to figure out.”

Although he has found success in the music industry, Bryson revealed that being a recording artist isn’t the only thing on his radar. “I’m not gonna be doing music forever,” he shared. “I only have two more albums left on my deal,” Tiller explained. “The same way I say ‘I have to put out an album,’ I have to make it into the (video game) industry. I just have to believe that I can do it.”

Harley is Bryson Tiller’s only child.

BLAC CHYNA: 'ONCE I AM HAPPY, DREAM AND KING CAN BE HAPPY'

BLAC CHYNA: 'ONCE I AM HAPPY, DREAM AND KING CAN BE HAPPY'