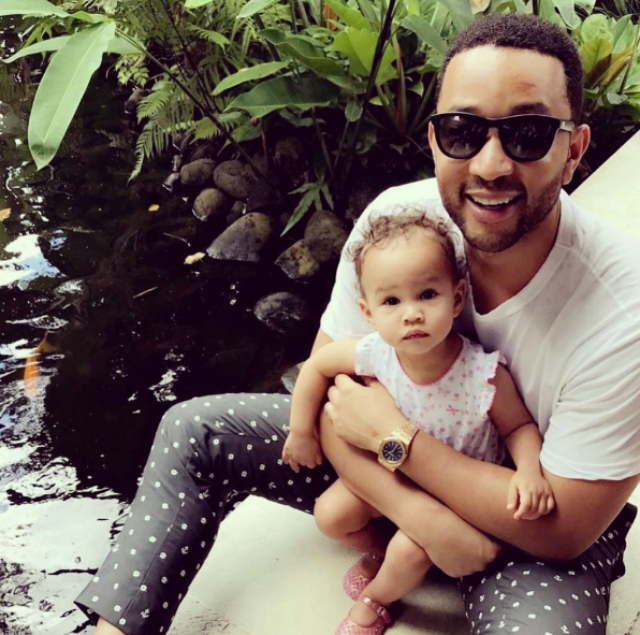 Luna Stephens is too cute! John Legend and Chrissy Teigen recently shared pictures of their daughter while vacationing in Bali.

Luna’s cuteness overtook the shot of her with dad. “She looks just like you,” one fan wrote. “Lovely father-daughter moment,” another follower commented. The candid was certainly one that deserved hearts as Luna struck an adorable pose all while remaining in her father’s embrace. The 1-year-old also took a picture with mom while in Bali. Both Luna and Chrissy were all smiles in the shot.

Chrissy and John are definitely thinking of having more kids in the near future. The celebrity mom recently told media that she would consider adoption to add to her family of three.

“I would definitely adopt or have foster children,” Chrissy revealed. “But I loved being pregnant,” she admitted. “Maybe I should be scared [of having PPD again], but I don’t know. It couldn’t be any worse than it was – could it?”

Chrissy’s battle with postpartum depression reached an all-time high at the end of last year. “Getting out of bed to get to set on time was painful,” she revealed. “My lower back throbbed; my shoulders, even my wrists, hurt. I didn’t have an appetite. I would go two days without a bite of food, and you know how big of a deal food is for me.”

Medication and counseling have since put the celebrity mom in a different head space. Will Chrissy travel down the road of pregnancy a second time around, though? Fans will just have to wait and see. For now, Luna is John Legend and Chrissy Teigen’s only child.