The catchy tune gives audiences a synopsis of Raven’s life during the past ten years, catching them up, in a sense on her marriage, divorce, two kids, and how now she is back living with best friend Chelsea and her son.

Don’t forget to tune in after the Descendents 2 premiere on July 21st. Raven’s Home will unquestionably be definitely worth the wait! 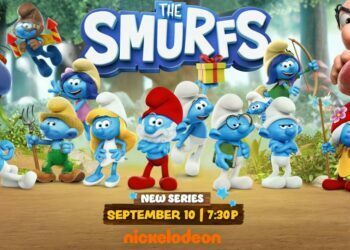 SMURF-TACULAR NEWS: NICKELODEON IS SET TO DEBUT AN ALL-NEW ANIMATED SERIES “THE SMURFS”

We have got some Smurf-tacular news: Nickelodeon is set to debut an all-new animated series,...