NORTH WEST HAS A JOINT PARTY WITH HER COUSIN PENELOPE DISICK 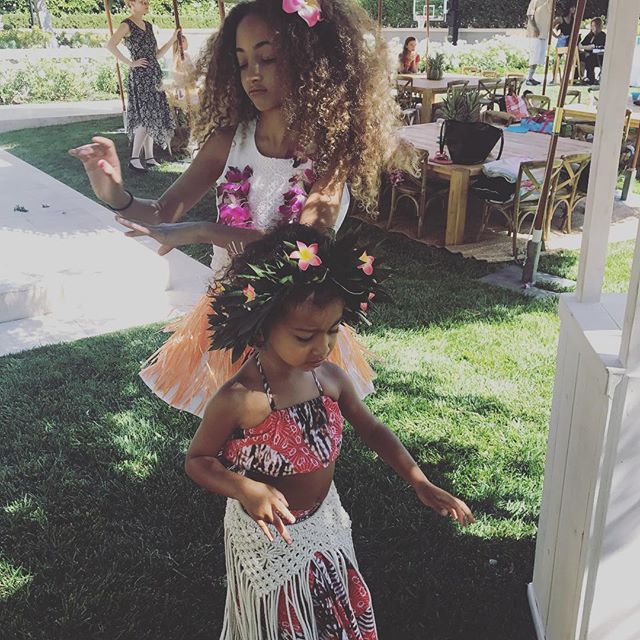 North West and Penelope Disick know how to throw a birthday bash! The cousins celebrated their birthdays together with a Moana-themed party that had decorations and more this past weekend.

North got in on the dancing segment after watching the professionals move about. The little one appeared to be quite the fast learner as she swayed her hips on tempo.

North and Penelope were joined at their party by fellow celebrity kids Sophia Pippen, daughter of Larsa and Scottie Pippen, and Sire Jackson, son of Daphne Joy and rapper 50 Cent. Sire seemed enthralled by North’s outfit at one point during the party, but the newly turned 4-year-old didn’t appear interested in compliments.

Dream Kardashian, daughter of Blac Chyna and Rob Kardashian, was also in attendance at this weekend’s festivities. The little one, however, did not appear too interested in selfies with Auntie Kourtney.

North West turned 4-years-old on June 15, 2017. Thus far, the little one has received a dinner celebration at Ruby’s Diner and a puppy that is allegedly related to her cousin’s Pomeranian. What’s next for this little diva in the making? We’ll just have to wait and see.

HEAR IT HERE: CHANCE THE RAPPER PARTNERS WITH DJ KHALED FOR NEW SINGLE DEDICATED TO DAUGHTER

HEAR IT HERE: CHANCE THE RAPPER PARTNERS WITH DJ KHALED FOR NEW SINGLE DEDICATED TO DAUGHTER