NORTH WEST IS TOO DOGGONE CUTE! 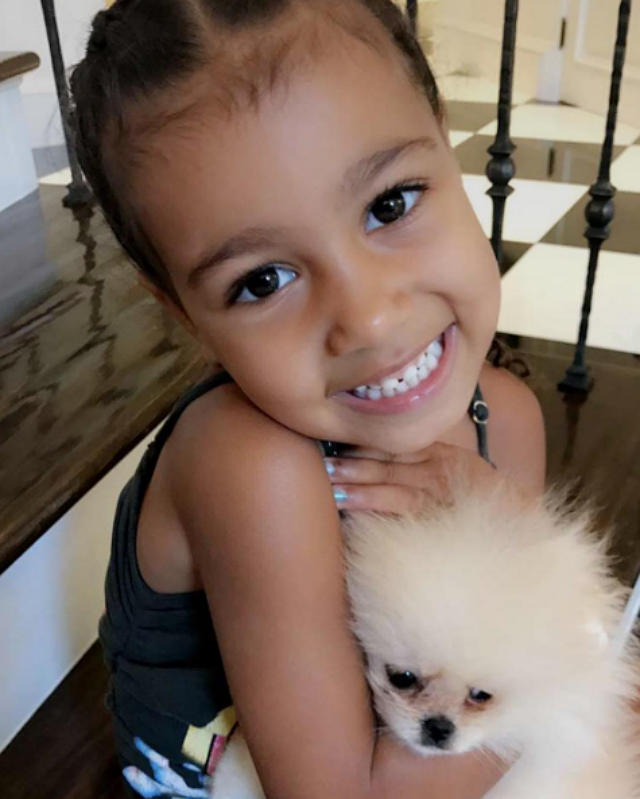 There is a new family member in the West household and Kim Kardashian has asked fans to help name her. The celebrity mom gifted her daughter, North West, with a puppy earlier this week and took to social media to share pictures of the little canine.

The puppy has got to be one of the cutest pets around the Internet with a furry coat that is larger than life. North’s Pomeranian looks nearly identical to her cousin Penelope’s puppy. In fact, word around town is that the puppies are actually sisters. “Sister puppies for North & P! Penelope named hers honey. What should we name ours,” Kim asked her fans earlier this week.

Sister puppies for North & P! Penelope named hers honey. What should we name ours?

Many fans responded with cute names for the precious pup. One follower suggested the name of Candy, while another believed “BooBoo” would be adequate. “It is a cute puppy but it’s a lot of work,” one of Kim’s followers commented. “North probably is very pleased with such a magnificent gift,” another subscriber said.

Little Nori was quite pleased with her gift from mom and dad. In fact, the little one brought her unnamed pup along during her latest trip to Colour Me Mine in Beverly Hills earlier this week. Colour Me Mine is the world’s leading pottery chain that encourages adults and kids to let their creative juices flow. North was all smiles going into and leaving the venue.

HEIRESS HARRIS IS A FENDI GIRL