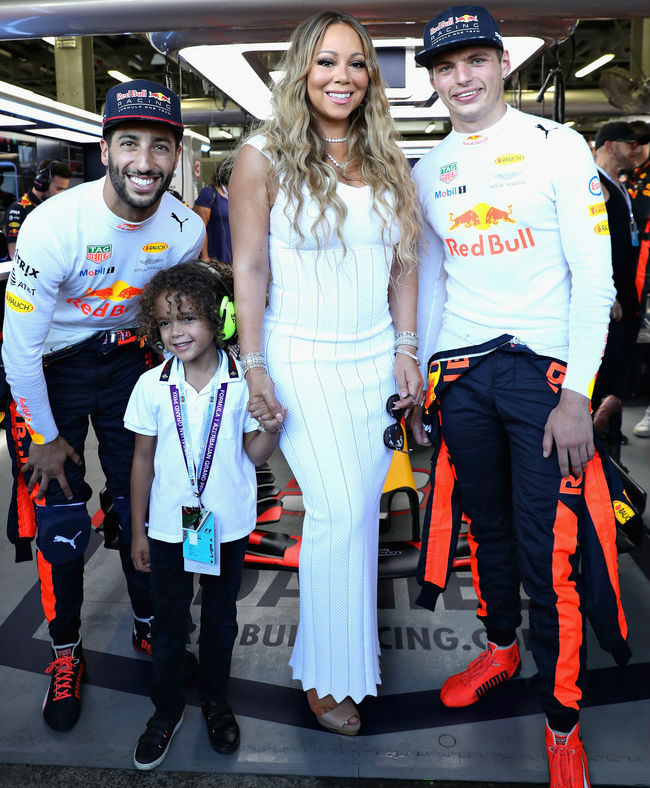 This past weekend was one to remember at the 2017 Azerbaijan Formula One Grand Prix at Baku City Circuit. The race was held on Sunday in Baku, Azerbaijan, with Mariah Carey and her son, Moroccan, having center seats at the show.

“@f1 we are excited to be here #bakugp #rocky @lewishamilton,” Mariah wrote online. The singer also shared photos of her son with Daniel Ricciardo of Australia and Red Bull Racing and Max Verstappen of Netherlands and Red Bull Racing.

This year’s F1 racing event was quite heated with Sebastian Vettel and Lewis Hamilton exchanging sharp accusations at the competition’s end. Hamilton accused Vettel of deliberately colliding with him during the first round of racing. The move, according to Hamilton, cost him the competition.

“Vettel literally came alongside and hit me,” Hamilton told media. “A 10-second penalty is not enough for driver behavior like that,” the driver said over his radio during the race.

Although Hamilton accused his opponent of wrongdoing, Vettel vehemently denied allegations of misconduct. “Yeah, he brake checked me so what do you expect? I’m sure he didn’t do it on purpose but I’m not sure it was the right move. He did something similar a couple of years ago in China,” Vettel said. “Well [I] passed him because he pitted. I showed him I wasn’t happy with that. Yeah – there was contact – I ran into the back of him.”

It seems that the feud with Hamilton and Vettel will continue. Mariah Carey and ex-husband Nick Cannon have two kids.

STARS AND THEIR KIDS COME OUT FOR THE 2017 BET AWARDS