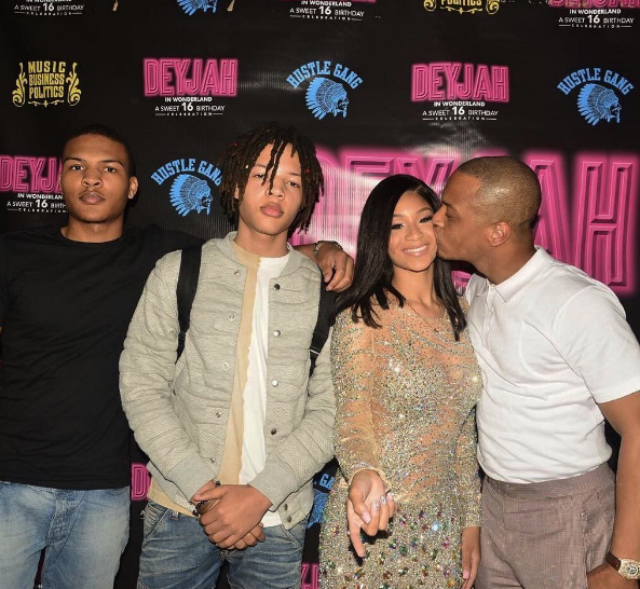 Happy Birthday, Deyjah! T.I.’s daughter turned the big 16 earlier this week with family and friends around her to celebrate.

“My youngn sweet sixteen,” big brother Domani wrote online. “Happy g day @princess_of_da_south,” he added. T.I. also took to Instagram to celebrate Deyjah’s birthday. “My Baby’s a Super Sweet 16 now,” he exclaimed. “@princess_of_da_south And Me, along wit all her Uncles, her Big Cousins, her Lil Bros and her Big Bros @phase_4 @domaniharris1 Have an obligation to protect her and ensure her safety from all hurt harm or danger. Now PLAY WIT IT,” Tip wrote.

Deyjah has definitely made her mark in the family’s reality series, T.I. & Tiny: The Family Hustle, as both a prankster and beloved daughter that T.I.’s is having a hard time letting grow up. Few can forget the car ride in which T.I. posed every awkward question in the book to Deyjah. It was hilarious!

The celebrity father has also shared video clips outside of the show’s taping in which he has been the dad who loves his daughter to embarrassment. Recent footage of Tip and Deyjah on a daddy-daughter date showed the rapper threatening to sing “Isn’t She Lovely?” by Stevie Wonder in front of restaurant guests.

“I can get the mic, with the guy playing the piano, and we could sing Stevie Wonder’s ‘Isn’t She Lovely?’ Say I won’t. I will. I will dedicate it all to you,” Tip said. Deyjah immediately responded with, “Just don’t do that,” and Tip asked, “Why not? It will be magnificent. It’ll go viral.” We would have loved to see that!

NORTH WEST IS TOO DOGGONE CUTE!