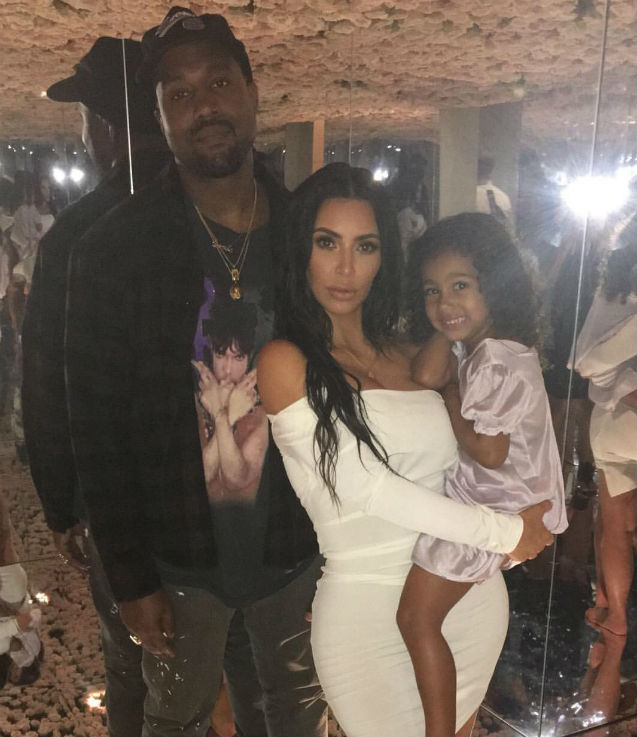 It’s official! Kim Kardashian and Kanye West will be expanding the family by way of a surrogate. The couple has reportedly already hired someone to carry and birth their third child.

“Kim and Kanye have found a surrogate through an agency and agreed to pay the following:
— $45,000 in 10, $4,500 monthly installments
— If there are multiples, the surrogate gets $5k for each additional kid
— If the surrogate loses reproductive organs, she gets $4,000 Kim and Kanye are also required to deposit $68,850 with the agency.”

The surrogate is not allowed to smoke, consume alcohol or drugs during the expectancy. She has also reportedly agreed to refrain from outside sexual activity during the weeks leading up to pregnancy. The surrogate cannot go into a hot tub or sauna during her expectancy. She must also stay away from cat litter, hair dye, and raw fish as all of these products have chemicals that could harm the baby.

Kim Kardashian made it quite clear that she wanted more kids but also understood that the possibility of her giving birth again was a zero. Many remember Kim’s tearful segment on her reality series, Keeping Up With the Kardashians, in which she explained that her development of placenta accreta during her first and second pregnancies that, for the most part, left her incapable of birthing any more kids.

“My doctor had to stick his entire arm in me and detach the placenta with his hand, scraping it away from my uterus with his fingernails,” Kim said of her experience with the condition while giving birth to her son. “My mom was crying; she had never seen anything like this before. My delivery was fairly easy, but then going through that—it was the most painful experience of my life! They gave me a second epidural but we were racing against time, so I just had to deal.”