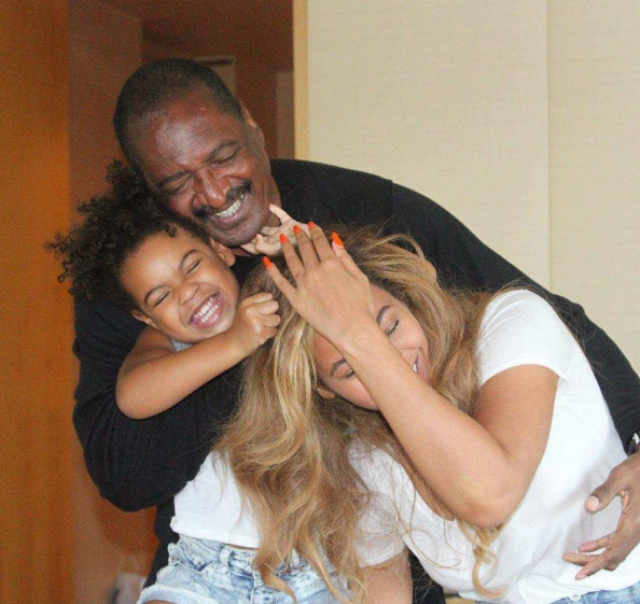 Wow! Matthew Knowles went where every happy grandfather has gone before this past weekend and was grilled to no end for his actions. The celebrity father revealed that his daughter, Beyonce, had given birth to her and husband Jay-Z’s twins and fans were none too pleased.

“They’re here,” Matthew exclaimed on Instagram and Twitter. While many of his followers gave congratulatory notes, some hardcore Beyonce fans ripped Matthew to shreds for sharing news of the twins’ arrival before Beyonce had the chance to do the big reveal.

“Just had to ruin it for Bey did you,” one fan tweeted. Another Beyhive member wrote, “She didn’t even tell you she was pregnant…worry about the other 3 kids u have!” Wow!

That was for Beyoncé to tell not you pic.twitter.com/Knf7zYYqKO

News of the Carter twins’ arrival came last Friday. Several media sources confirmed the newborns’ arrival with close family friends who claim that Bey and Jay’s little ones were born prematurely. According to TMZ,

“Our sources say the babies are ‘under the lights.’ They would not be more specific, but that often means the babies have jaundice because of elevated bilirubin levels. The lights are designed to lower bilirubin in the blood to eliminate the jaundice.

The condition is common among preemies and in most cases not dangerous.”

Beyonce and Jay-Z announced the expectancy of their twins in February. The little ones will soon join the star couple’s oldest child, Blue Ivy Carter, at home.

'THE LEGO NINJAGO MOVIE' COMES TO THEATERS IN SEPTEMBER

CELEBRITY DAD MAHERSHALA ALI COVERS 'GQ' MAGAZINE: 'I SINCERELY BELIEVE WE HAVE THE CAPACITY TO MAKE THIS COUNTRY GREAT'

CELEBRITY DAD MAHERSHALA ALI COVERS 'GQ' MAGAZINE: 'I SINCERELY BELIEVE WE HAVE THE CAPACITY TO MAKE THIS COUNTRY GREAT'