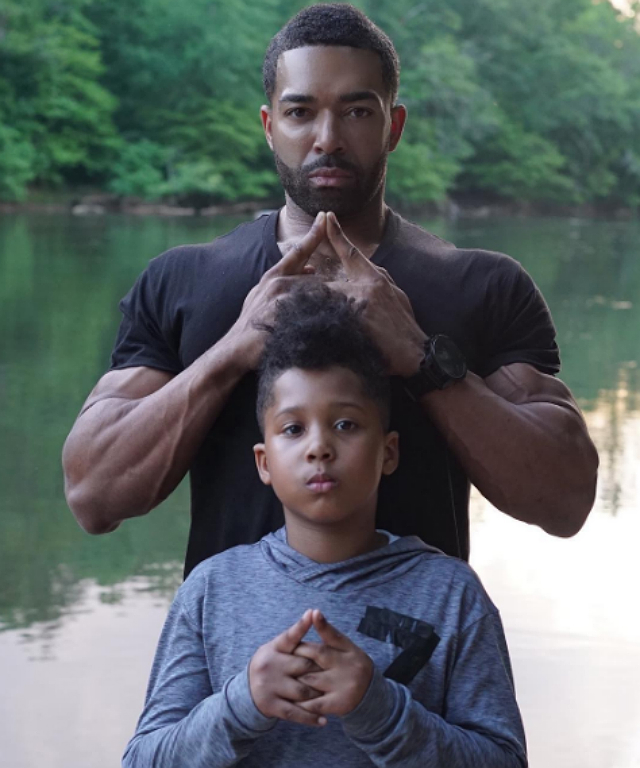 The mystery will be solved on Father’s Day. Celebrity father David Otunga shared a video clip of an unknown project along with a caption that announced its impending debut earlier this week.

The latest footage shows David’s son, David Otunga Jr., acting alongside his father. Little David is kidnapped in the shot after his father is knocked unconscious by the assailant. David Sr., however, is not one who gives up easily. The star dad goes on a rampage to find his “mini me” that includes causing bodily harm to villains.

“I #Love being #MySonsHero,” David told his Instagram fan earlier this week. “Wait until you see what this #FatherSonDuo cooked up,” he added. ” I will do ANYTHING to rescue him! See if I get him back on #FathersDay exclusively at @muscle_and_fitness… and yes, this is the acting debut of ‘David Otunga Jr.’ #ProudDad #ProudParents.”

It was only a matter of time before little David made his debut in show business. It was just a few weeks ago that the youngster was recorded while singing on the set of The Voice: UK. Contestants were taking a break from the action when David decided to take the stage and render a selection to audience members. Little David also had the pleasure of doing a turnaround in his mom Jennifer Hudson’s judgment seat during the show’s airing.

“Hop in my chair,” Jennifer instructed. “If you like somebody, you tell Mommy. You say ‘Mommy! Hit the button!’ and we’re going to spin around.” Little David was taken aback by the action and told his mom that the chair spun around “really fast.”

DID OBAMA JUST SPILL THE BEANS ON THE GENDER OF JAYZ AND BEYONCE'S TWINS?

Fall season is in full swing, which means the pumpkin patches are getting visits from...

DID OBAMA JUST SPILL THE BEANS ON THE GENDER OF JAYZ AND BEYONCE'S TWINS?