KEVIN HART TALKS KIDS, HIS CHILDHOOD AND MORE WITH ‘VARIETY’ 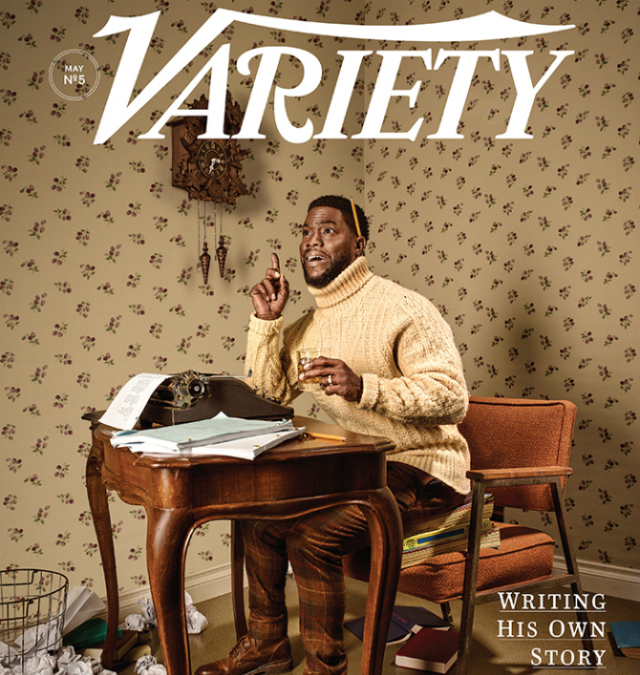 Kevin Hart’s childhood was much different from the wonder years that his kids, Heaven and Hendrix, enjoy. The comedian tells Variety about his relationship with his father, Henry Witherspoon, that was a bit tumultuous before Heaven and Hendrix came along.

“He didn’t escape any of it — jail, drugs, addictions, ruining your family to a point where my mom didn’t want me and my brother to be around him,” Kevin says of his father’s troubled past. “Seeing the stuff firsthand. Seeing the reality behind drugs and addiction, and what it can really do to a person, that’s why I don’t do drugs. I learned what I shouldn’t be doing from what my dad did.”

Henry Witherspoon also inadvertently taught Kevin what he should do when fathering kids, which is why the comedian decided to put the better interest of Heaven and Hendrix first and allow them to have a relationship with their grandfather.

“It takes too much time and energy to keep hate alive,” Kevin shares. “He’s as good as he can be,” the celebrity father says of his kids’ grandfather. “He’s very much in their lives. He talks to them. He sends them messages. He Facetimes. He’s serious about making his presence felt.”

Heaven and Hendrix are Kevin Hart and ex-wife Torrei Hart’s children. The comedian is expecting his third child with his wife, Eniko Parrish, to arrive in coming months. Check out what else Kevin Hart says about his family life and career in the latest issue of Variety on newsstands now!