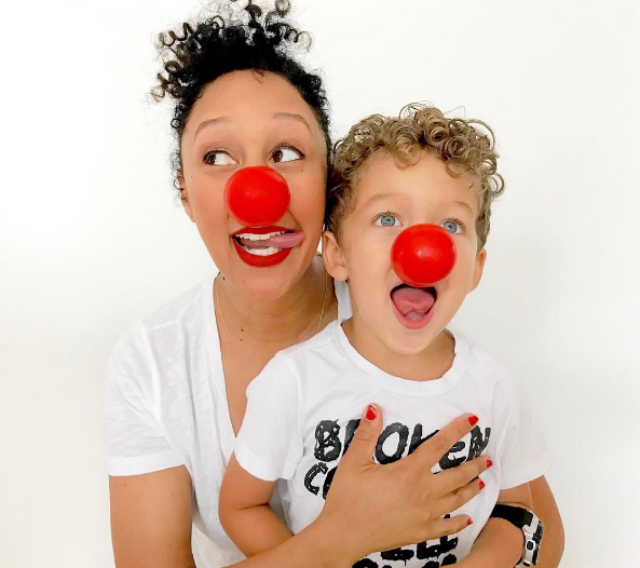 Red Nose Day was a success in the USA as the charity campaign raised awareness and more than $33 million for kids in need. Tamera Mowry and Vanessa Simmons were two of many stars to wear red noses in honor of decreasing poverty in America.

“#NosesOn to raise money and awareness to help kids in need,” Tamera captioned underneath a picture of her and son Aden rocking the bright accessory. Vanessa also commented on Thursday’s day-long campaign. “#RedNoseDay is back to help end child poverty, one nose at a time,” she wrote.

Red Nose Day came to the United States three years ago and every year has been a success story. The most recent endeavor was especially monumental as nearly $34 million was raised before Thursday night’s end. “America, we did it,” the campaign’s Instagram page exclaimed hours before the clock struck midnight. “Chris @hardwick just announced that we raised $33,579,029, and we got to #DunkCranston! But we’re still going,” the page read.

David Bishai of Johns Hopkins University praised the motivation behind Red Nose Day on Thursday. “The red nose doesn’t drag you into the dark side of the poor, showing you children with swollen bellies. That’s not fun,” he said. “The [campaigners] say: We understand there’s terrible suffering in the world and we’re doing something about it.”