RASHEEDA CELEBRATES BIRTHDAY WITH FAMILY AND FRIENDS AMID DIVORCE RUMORS 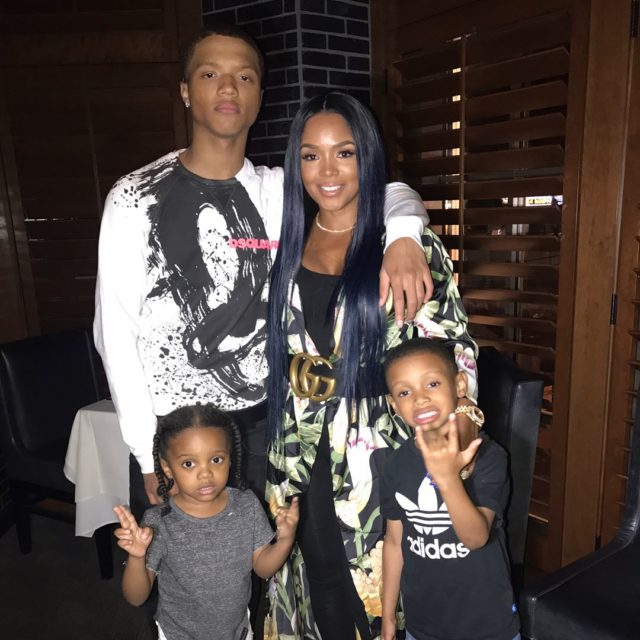 Rasheeda was the epitome of happiness as family and friends surrounded her with love at her birthday party earlier this week. The Love & Hip Hop: Atlanta star’s kids, Ky and Karter, and Kirk Frost’s grandson were one of many to get pictures with the lady of the hour.

“Such a great Birthday and my boys made sure mommy was happy,” Rasheeda told Instagram fans after the event. The celebrity mom’s birthday dinner included a cake that was topped with strawberries and decorated to perfection.

Kirk Frost also wished his wife well on her special day via an Instagram post in which he sent “positive energy” her way. The celebrity couple has not been on the best terms since it was revealed that Kirk had another affair. The drama unfolded on Love & Hip Hop: Atlanta when a woman named Jasmine claimed that Kirk fathered her child. Although he initially denied the allegation, Kirk was forced to admit his cheating and having a child out of wedlock after co-star Karlie befriended Jasmine and discovered that the producer was footing the bill for his mistress and child.

Unfortunately, this isn’t the first time that Kirk Frost has engaged in sexual relations outside of his marriage. The producer cheated on his wife in 2013, which caused Rasheeda to consider divorce.

“I haven’t served him with the papers, no,” the recording artist said at the time. “There’s been lawyer conversations, dialogue, and information passed on to me during this situation,” Rasheeda added. “The thing is, we’ve sat and had a conversation about trying to maybe not do it through attorneys and see if we can come to some type of agreement that way,” she explained.

Rasheeda opted to give Kirk another chance in 2013 but is again considering the notion of marriage dissolution since learning of the latest affair. Check out the celebrity mom’s latest appearance on The Real in which Rasheeda talks about her estranged relationship with Kirk Frost and how she overcame post-partum depression after giving birth to their youngest son, Karter, below!