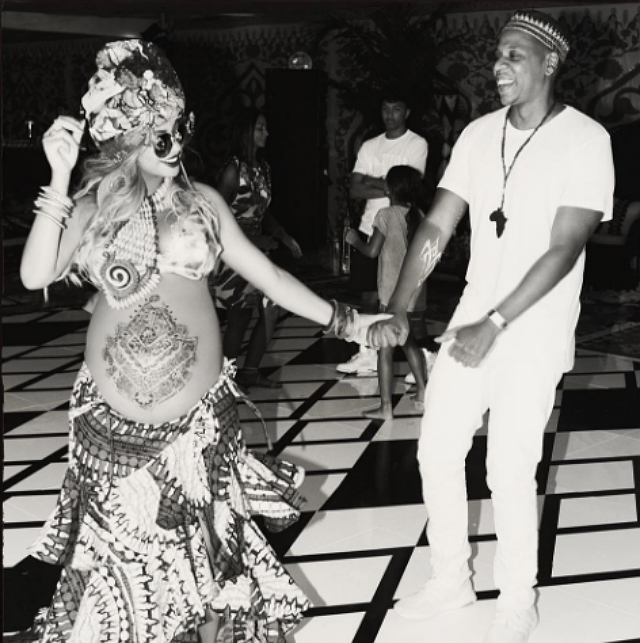 Beyonce had her hands full with her second baby shower this past weekend. The expectant star had a star-studded party in which friends and family surrounded her with love.

Serena Williams and Kelly Rowland were two of many celebrities in attendance at Bey’s “Carter Push Party.” La La Anthony also came to support her good friend and took several pictures with fellow party guests. “This woman gets more beautiful every time I see her,” Beyonce’s mom, Tina Lawson, exclaimed. “Hotttness personified,” she added. Lawson also uploaded video footage of attendees showing the camera love while waiting for the main event, which was Beyonce’s entrance, at the bash.

Bey made her grand showing in an outfit that put her bump on display. The expectant star had her stomach covered with henna tattoos.

Beyonce and Jay-Z announced their expectancy of twins back in February and fans have been excited ever since. “Looks like two little boys,” one Instagram follower said after seeing one of Bey’s pictures from her baby shower this past weekend.

While the gender of Bey and Jay’s little ones remain a mystery, the due date of the ‘Formation’ singer is a little less ambiguous thanks to Beyonce’s father. Matthew Knowles recently told TMZ that the twins were due “more than two weeks from now,” which means that Bey has a few more days before going on the labor and delivery watchlist.

In any case, Beyonce and Jay-Z’s twins will make them parents for the second and third time. The couple presently has a daughter named Blue Ivy Carter who celebrated her fourth birthday in January.