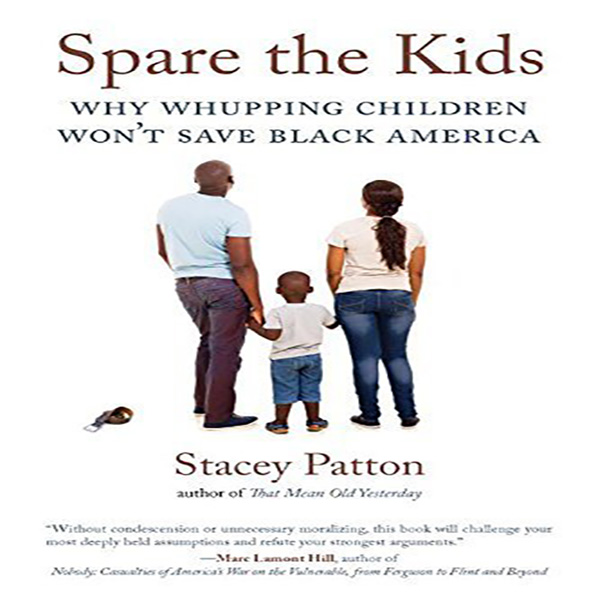 We have all heard the verse, “spare the rod, spoil the child.” In many homes, for many generations, corporal punishment, in the form of a spanking, has been used in response to a child’s undesired behavior. The goal of spanking a child is to set him or her straight, promoting child discipline. However, the question is…is spanking an appropriate response to the situation? And will it “save” Black America?

There has been a lot of discussion and debate on both sides of the issue and African-American author, Stacey Patton, adds to it with her new book, “Spare the Kids: Why Whupping Children Won’t Save Black America.”

“Beating your children may be the whitest thing you can do,” Stacy Patton, author and child rights advocate, said to a group of graduate and undergraduate students at Montclair State University. Convinced that corporal punishment was adopted by African-Americans as a result of slavery, Patton states in her book that, “one of the saddest untold stores in American history is the ways that its victims of racial oppression and violence have hurt the bodies of their own children in an effort to protect them from a hostile society.”

In the book, Patton continues to support her thesis by highlighting the fact that physical and sexual abuse of children was common throughout European history and the practice was introduced to African slaves through plantation owners.

Citing scientific evidence that spanking children or even threatening to spank them damages a child’s developing brain, causing emotional and physical illnesses ranging from depression to diabetes to obesity, Patton is convinced that this practice needs to stop.

“My hope is that this book will help my people enter into a conscious awareness of how whupping children is part of an unhealthy social conditioning rooted in the history of racial trauma and plays a role in preventing us from healing and thriving as a people,” Patton commented in a recent interview. Even though her book is geared towards the African-American family, Patton wants all children to grow up safely and not be spanked.

Sound off! Do you agree with Dr. Patton and think that “whupping” children is ruining the black family? Or do you agree that it is a useful method of child discipline? We want to hear from you.