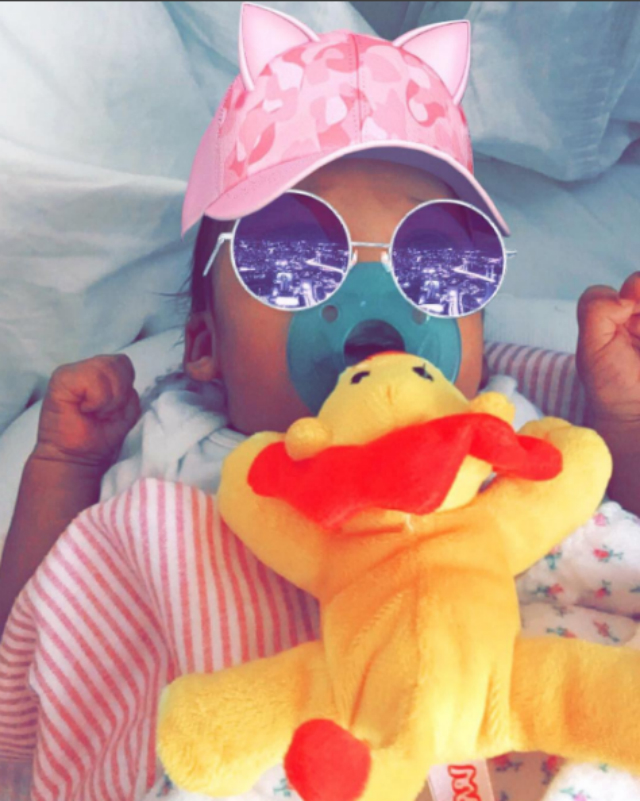 They haven’t even entered the “Terrible Twos” stage and they already have an online presence. These celeb kids have their own Instagram pages that, when combined, have attracted nearly 2 million followers. Take a look at these famous babies who are forces with which to be reckoned online!

Blac Chyna and Rob Kardashian’s daughter has nine posts and presently follows two subscribers, who we’re guessing is mom and dad, yet she has upwards of 1 million followers. Many cannot get enough of Dream’s cuteness when recorded by family and friends. You look at the footage above and tell us that you don’t understand why it received nearly 2 million nods from viewers.

She’s got her father’s coolness and her mom’s fashion sense. Baby Chanel has been making waves ever since she was born. Why, then, wouldn’t she have more than 400,000 Instagram followers?

Iman Tayla made her grand entrance in the most epic way when she decided to give her mother, Teyana Taylor, a labor and delivery experience in the family’s restroom. She has been impressing her 178,000 Instagram followers ever since.

RACHEL CROW DROPS NEW SINGLE, 'DIME' TODAY AND WE GOT IT FOR YOU!

RACHEL CROW DROPS NEW SINGLE, 'DIME' TODAY AND WE GOT IT FOR YOU!