Home » NEWS » SERIOUSLY? RUSSELL WILSON GETS DRAGGED FOR COUNTING CIARA’S SON AS HIS OWN

SERIOUSLY? RUSSELL WILSON GETS DRAGGED FOR COUNTING CIARA’S SON AS HIS OWN 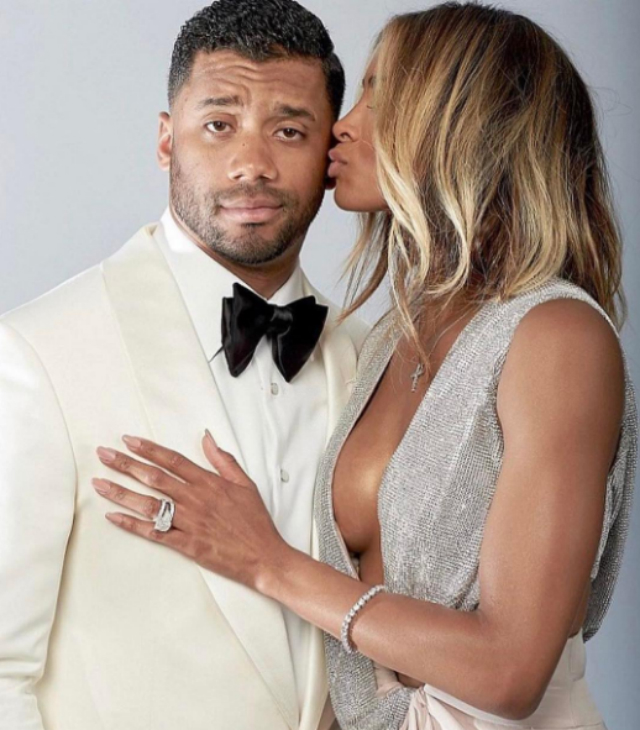 Can Ciara and Russell Wilson enjoy anything without controversy? Apparently not. The NFL player took to Instagram to wish his wife well on Mother’s Day only to have dozens of trolls criticize his choice of words.

“Nothing better than spending time with you,” Russell wrote to his wife. “You are an amazing mom and I’m so grateful I get to spend the rest of my life with you and raising our kids. I love you! #HappyMothersDay Weekend my love.”

Nothing better than spending time with you. You are an amazing mom & I'm so grateful I get to spend the rest of my life with you & raising our kids. I love you! #HappyMothersDay Weekend my love. @Ciara

Many viewed Russell’s Mother’s Day post to Ciara as nothing short of sweet. A few critics, however, had a difficult time getting over the phrase, “our kids” and didn’t hesitate to tell Russell how they felt. One troll even went so far as to advise the NFL player to focus on his “done career. The man’s child can never be yours.”

For the record, Ciara and Russell Wilson recently welcomed a daughter that they named Sienna. Ciara’s son, Future Zahir, is her child with rapper Future, a.k.a. Nayvadius Cash. Nayvadius also wrote an open letter to Ciara on Mother’s Day in which he said, “I appreciate u more than u know, our son is an incredible kid. We made a king. Happy Mothers Day C.” It seems that even with all parties involved working together for the sake of the children, a few trolls still attempt to insinuate what isn’t there.

In any case, Russell’s fans came to his rescue on Sunday by defending the star athlete online. “He’s doing a great job,” one follower exclaimed. “When you marry you take on that role as a father to her child!! What’s the fuss about anyway!” Exactly.

YOUR FAVORITE YOUNG STARS HONOR THEIR MOMS ON MOTHER'S DAY