by Tiffany Silva
in Viral Kids
1 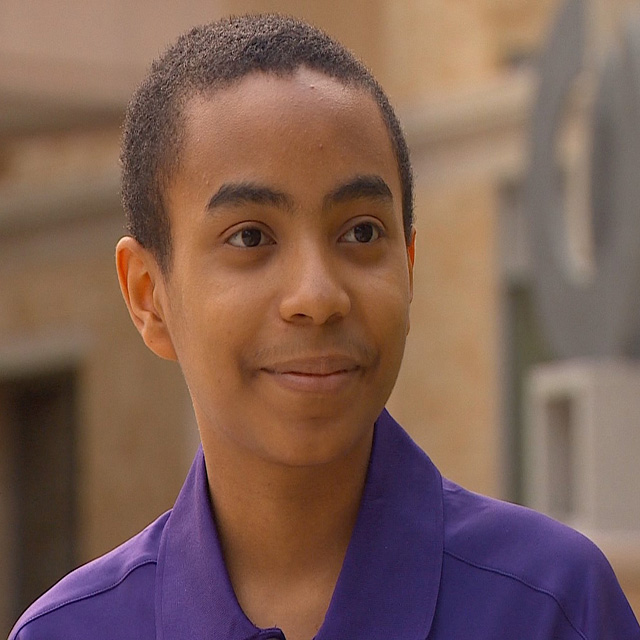 To say that Carson Huey-You is a smart kid is almost an understatement as this phenomenal physics prodigy gets ready to walk across the stage on May 13th to receive his degree from Texas Christian University, becoming the youngest person ever to receive a degree from the University in its 144 year history, not to mention in the entire northern Texas region.

Huey-You, who was home schooled until the age of five, stepped onto the TCU campus when he was just eleven-years-old to begin his study of physics, in addition to other mathematics and Chinese.

“It didn’t come easily,” Huey-You said in an interview with NBCDFW. “It really didn’t. I knew I wanted to do physics when I was in high school, but then quantum physics was the one that stood out to me, because it was abstract. You can’t actually see what’s going on, so you have to sort of rely on the mathematics to work everything out.”

Of course, it did not take Huey-You long to find a kindred spirit on campus in the form of mentor/professor, Dr. Magnus Rittby. “You may have seen Doogie Howser or something on TV, and thought this was a genius child, I wasn’t sure what would happen,” Dr. Rittby, said in an interview to WFAA ABC News.

Dr. Rittby and Huey-You accomplished a significant amount of research together and Dr. Rittby attributes it, in part, to Huey-You’s youth. “Being playful is a plus. That way you can find out things that other people can’t because they’re too stuck in their ways.”

Not to be outdone, Huey-You’s younger eleven-year-old brother, Cannon, will enroll into TCU as a freshman for the upcoming school year, with his sites set on studying astrophysics and engineering. However, Cannon won’t be alone because his brother plans on returning to TCU in the fall to begin his graduate coursework.  “I want to get a PH.d eventually, then do research, and maybe a bit of teaching,” Huey-You commented.

We have no doubt that these two young men will do it all and then some! Congratulations to both Cannon and Carson. It looks like their future is already blazing brightly.

TAMERA MOWRY: 'I TRY TO BE THE BEST PARENT I CAN'

MOMMY DEAREST! 8 QUOTES ON MOTHERHOOD FROM EIGHT OF YOUR FAVORITE CELEB MOMS

MOMMY DEAREST! 8 QUOTES ON MOTHERHOOD FROM EIGHT OF YOUR FAVORITE CELEB MOMS