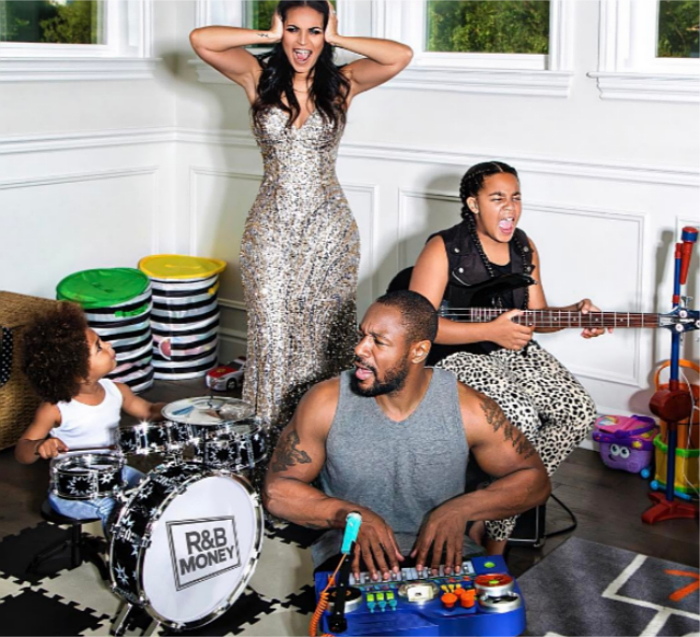 Family is everything. Zena Foster recently shared a cute candid from her, Tank, and the kids’ latest photo shoot.

“Life gets a little loud but there’s true beauty hidden within the noise,” Zena shared online. The celebrity mom is featured while covering her ears in the photo. Tank and the kids, Zoey and Zion, are playing instruments in the picture.

Zena and Tank announced their engagement earlier this year after Moniece Slaughter told media that she became pregnant by Tank during his relationship with Zena. “I was 19. You were 30 going on 31. You got me pregnant because we had unprotected sex, multiple times and I chose not to keep that pregnancy,” Slaughter explained.

“But then you lied to her and told her that I was before her, and then she cheated on you with The Game and some more people,” Moniece continued. “She also had a C-section to give you a son on your birthday. You’ve got a son that you made on a drunken night, off a lot of Patron, who you had a very public custody battle for, who you don’t really see, raise or spend time with. You should focus on your children [and] your dysfunctional relationship. You should continue to perform at very small venues, disrespecting your woman by allowing female fans to grope your genitalia and raw, sweaty chest.”

Tank and Zena’s response was simple. “While they were focused on our past we started building our future on 1/16/17,” Tank shared in reference to the couple’s engagement night. “Shine on em baby,” the celebrity father added along with a picture of Zena showing off her engagement ring.

Tank and Zena Foster have two kids together. Zoey is the couple’s oldest child.