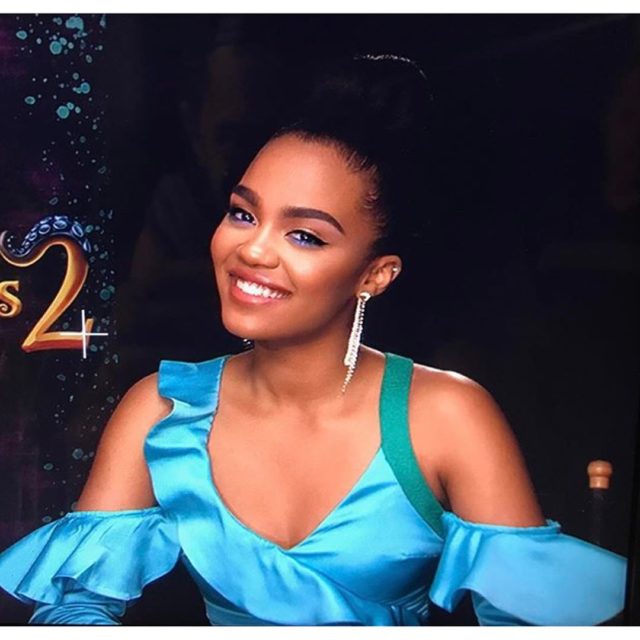 Descendants fans are waiting with bated breath as the squeal to the hit tv movie is slated to premiere Friday, July 21!

Simultaneously airing on Disney Channel, ABC, Disney XD, Freeform and Lifetime, Descendants 2 will continue where its predecessor left of and follow the story of Mal, Evie, Carlos, and Jay as they continue to try to fit in at Auradon Prep. However, when the stress of living in an idyllic society becomes too much, Mal heads back home to the Isle of the Lost where the daughter of Ursula, Uma, is waiting to give her a not-so-welcoming homecoming.

Uma, played by A.N.T. Farm actress China Anne McClain, is still pretty angry about being overlooked to go to Auradon Prep with the others and lines up her pirate gang, including Captain Hook and Gaston’s sons. to unleash all of the villains of the Isle of the Lost.

To celebrate the impending debut of the anticipated sequel, McClain, Sofia Carson, who plays “Evie” in the franchise, and Dove Cameron, who plays “Mal”, all grace the June/July issue of Girls’ Life Magazine in three creative collector covers.

In the issue, McClain talks about her set friendships, fashion, and gives readers a sneak peek as to what to expect when Descendants 2 hits the airwaves. To check out McClain’s Girls’ Life issue, click here.

Congratulations China Anne! We will definitely be tuning in.