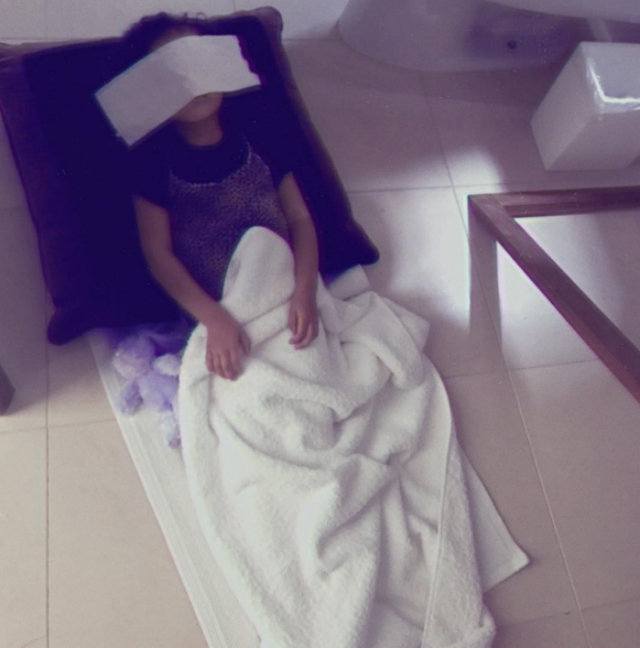 When your mom puts you on timeout, what do you do? Create a spa day! Kim Kardashian-West recently shared a picture of her daughter, North West, taking time for herself while being punished.

“That time North gets a time out and is a little too quiet,” Kim said of her discovery of North turning her timeout into a luxurious experience. “I go in her room to check on her and she’s in the bathroom, made her own spa and tells me she’s chilling out.” Talk about taking lemons and making lemonade!

North certainly gets her positive outlook from mom. It was just last year that Kim Kardashian was robbed at gunpoint while spending time in Paris. The reality star opened up to Ellen DeGeneres about the terrifying experience a few weeks ago.

“I know this sounds crazy, but I know that was meant to happen to me,” Kim revealed. “I’m such a different person,” she added. “I was definitely materialistic before, not that there’s anything bad with having things and working hard to get those things and I’m really proud of everyone around me that’s successful.”

“But I’m so happy that my kids get this me and that this is who I’m raising my kids [to be]. Because I just don’t care about that stuff anymore, I really don’t.”

Kim Kardashian and husband Kanye West have two children. North is the couple’s oldest child while the West’s son, Saint, is the younger of the two. North turns 4-years-old next month. Saint celebrates his second birthday in December.

MADONNA'S TWINS WILL PUT A SMILE ON YOUR FACE