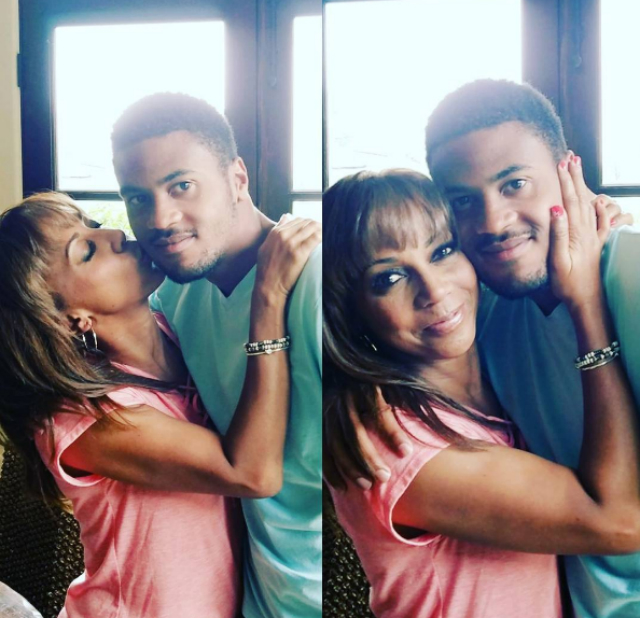 Holly Robinson Peete is thoroughly proud of her oldest son RJ’s accomplishments. The celebrity mom took to Instagram on Tuesday to talk about the teen’s ability to maintain employment while living with autism.

“He’s headed to work,” Holly exclaimed. “There just aren’t words to express how proud I am of this young man. He has come so far… battled so much and is now working and advocating for himself.”

The celebrity mom went on to tell fans, “I reminded him that the unemployment rate for young people like him is around 80 to 90%! He said, ‘I’m really lucky and blessed aren’t I?’ This job has given him a sense of self-worth that I never thought was possible. Every day he leaves for work I want to cry and he is like, ‘Mom I’m going to be late let me go geez!'”

The Los Angeles Dodgers hired RJ to work in their stadium’s clubhouse last year. Holly, who is a proud Dodgers fans, has expressed nothing short of appreciation for the team and its manager, David Ray Roberts, for giving her son a chance.

Holly Robinson Peete discussed RJ’s journey with autism during an interview with Smashing Interviews Magazine. “It’s been up, down and sideways,” she revealed. “We’ve had high highs and low lows. It has been a very eventful and sometimes sad, sometimes positive journey where we’ve met some of the most amazing people ever and connected with other autism families.”

RJ is Holly Robinson Peete and husband Rodney Peete’s oldest son. The couple has four children in all.