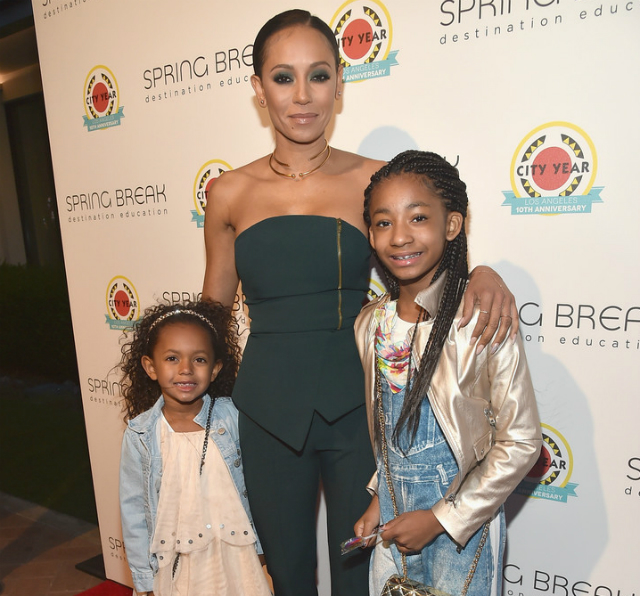 Melanie Brown, a.k.a. Mel B, looked fabulous at City Year Los Angeles Spring Break this past weekend. The charity event was held in Los Angeles, California, and Mel took the red carpet with her daughters.

Angel and Madison wore denim while their mom rocked a cute pants suit that appeared to be custom made. Mel stood in between her daughters as photographers took pictures of the three.

Melanie is enduring the stress of public opinion ever since news of her filing for divorce from Stephen Belafonte spread a few weeks ago. Mel allegedly accused her husband of domestic violence, which is a claim that Stephen vehemently denies.

“In due course, Mr. Belafonte will be filing his response to the outrageous and unfounded allegations made by Ms. Brown,” Stephen’s lawyer revealed last month.

“When the court determines the truth, it will become clear that this entire charade was nothing more than a smear campaign intended to cover up Ms. Brown’s own conduct during the marriage in light of her current involvement with a family television show, and in an effort to unfairly gain leverage both financially and with respect to custody of the children.”

Stephen Belafonte and Melanie Brown have one child, Madison, together. Mel B has three kids in all.

RESEARCH SHOWS THAT GRANDPARENTS' PRACTICES MAY PUT CHILDREN AT RISK