Home » NEWS » CHRIS ROCK COVERS ‘ROLLING STONE’ MAGAZINE: ‘MY OWN DAUGHTER HAS BLOCKED ME ON INSTAGRAM’

CHRIS ROCK COVERS ‘ROLLING STONE’ MAGAZINE: ‘MY OWN DAUGHTER HAS BLOCKED ME ON INSTAGRAM’ 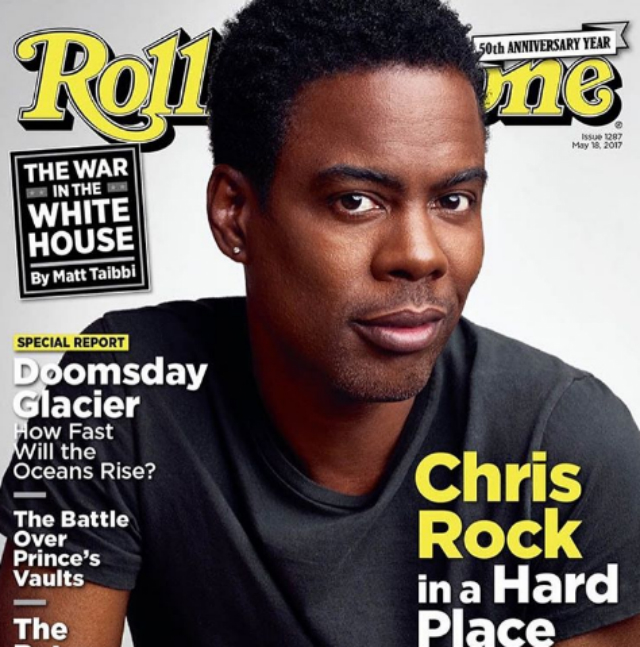 No one keeps it real like Chris Rock. The comedian tells Rolling Stone about his family life after he and Malaak Compton Rock divorced last year.

“My faults are magnified,” Chris says of personal challenges that led to his divorce after nearly two decades of marriage. “Your significant other, if they really love you, has a high opinion of you. And you let them down,” he shares.

Chris and Malaak finalized the terms of their marriage dissolution, including child custody, several months back. The celebrity father admits to shedding a few tears in court while the terms of his and Malaak’s agreement concerning their daughters were being hashed out.

“We live in a world where men are assumed to not have feelings,” Rock explains. “All my friends assume I moved into the city after my divorce, away from my girls. When I say I bought a house around the corner, it blows their minds.”

One thing that blows Chris’ mind is the fact that his daughter blocked him on social media. “My own daughter has blocked me on Instagram,” he shares. “They grow up so quick.”

Get Chris’ full interview with Rolling Stone here, and pick up a copy of the magazine’s latest issue from your local newsstand!