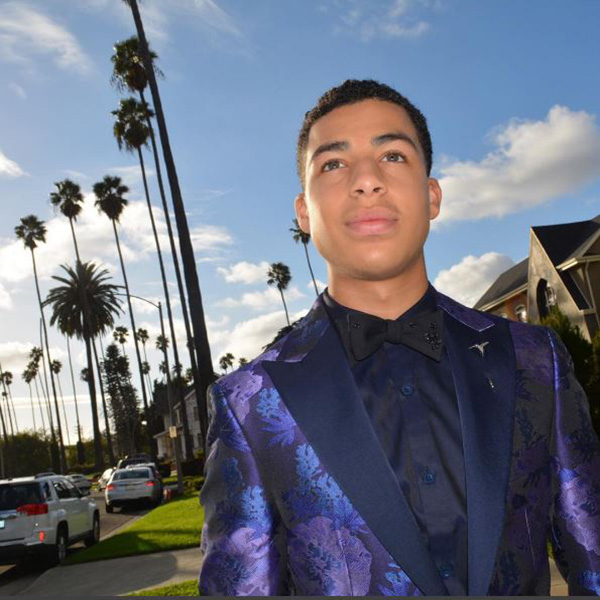 In the wake of the new administration’s stance on environmental issues, we have seen an upswing in people speaking out about protecting the earth on which we all live. Among that group, making their voice heard is seventeen-year-old Black-ish star Marcus Scribner.

“I’m sometimes asked why I’m so passionate about environmentalism, and my answer is always pretty straightforward. As a Los Angeles native, clean air to breathe and water to drink are two things I don’t take for granted,” commented the talented teen in an article that he wrote for Mic.com. “I’m 17, but I grew up hearing horror stories about what the city used to be like: Downtown Los Angeles smothered in a cloud of smog so toxic that students had to wear masks outdoors and drink water from wells contaminated with industrial pollution.”

According to the most recent facts on environmental issues, every year 2.2 billion tons of waste is dumped into our oceans; in just one generation, the production of man-made chemicals has increased 40,00% from 1 million to 400 million tons; and we have added 2.3 trillion tons of carbon dioxide in our atmosphere, half of this amount was added in the last 30-35 years.

Where ever the river takes me… #exploration

It is obvious that “continuing the progress EPA is making to clean up our country is common sense,” states Scribner in his article. “But you may have heard not everyone is Washington feels the same way. There are some elected representatives who claim that protecting the environment must come at the expense of prosperity. But this could not be further from the truth.”

To make sure that we do not return the country to its former polluted state, Scribner has made it his mission to join forces with Defend Our Future, a campaign empowering millennials to speak up and take action to protect the environment. “I know many young people question whether they can have an impact on the direction of our country. Believe me, I understand as well. But I know that even in these uncertain times, we can rise up and make our voices heard…”

We have no doubt that Scribner will definitely become the face his generation in terms of leading the fight for environmental protection.